This is the second in a series of blogs featuring speakers from the Health Disparities Symposium at the New York University School of Medicine, held in October 2016. 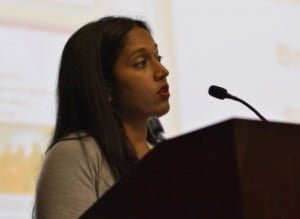 In fact, the Asian-American community has had to contend with a different type of discrimination, that of being thought of as the “model minority,” said Health Disparities Symposium speaker Nadia Islam, PhD, and assistant professor in the NYU Department of Population Health, during her talk at the Symposium. “The idea that they’re complacent, compliant, over-achieving, and correspondingly without problems is both long-standing, and it’s also a persistent idea that rears its ugly head in the media.”  Dr. Islam, who is also the deputy director of the Center for the Study of Asian American Health at NYU School of Medicine, emphasized her point by sharing a 1987 Time magazine cover of an Asian American family with the headline “Those Asian American Whiz Kids.”

This notion that Asian Americans are a high-achieving and healthy population can lead to them being ignored, according to Dr. Islam. Categorizing Asian Americans as one big “model minority” also ignores the “tremendous diversity” of the population and their health. For example, South Asians, such as Bangladeshi and Pakistani Americans, have higher rates of hypertension and Type-2 diabetes than the general population; meanwhile, Korean and Chinese Americans develop diabetes at a lower body-mass index than the general population, making it harder to detect, said Dr. Islam.

New York City public health policies and guidelines that have led to overall improvements have not trickled down to Asian-American communities because of language and culture barriers, said Dr. Islam. Working to change this, the NYU Center for the Study of Asian American Health has developed community-clinical linkage programs, building community coalitions with Korean and Filipino churches, South Asian mosques, senior centers, restaurants and grocery stores to translate evidence-based prevention strategies, such as food standards and recommendations and a blood pressure monitoring program. The Center has then evaluated the effectiveness of their outreach, finding that after adapting New York City’s healthy food suggestions to Asian American cuisine, community members were more likely to try fruit, fresh vegetables, brown rice, and lower salt condiments.

As important as what these communities are learning about health are the people who are helping them: community health workers, who are trained to work in their own communities to provide a link to the healthcare system—and tailor health guidelines to these communities. As a recent Marketwatch profile of the Center’s diabetes program for the Bangladeshi community put it, “These workers are reaching far beyond where the health-care system normally goes. But they’re effective because they speak the same language as the people they work with, developing trust and gaining insight into diabetes’ larger cultural context.” 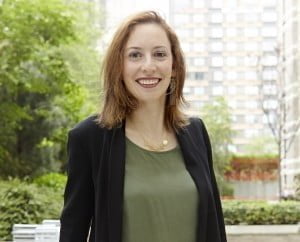