World Breastfeeding Week is celebrated the first week of August. This year’s event advances human milk feeding as a public health priority and urges lactation support for all families across all environments, including workplaces.

Among families in the United States (US), racial inequities in the initiation and duration of human milk feeding remain, despite receiving ample research attention in the past few decades (e.g., Beauregard et al., Pérez-Escamilla and Sellen, Bartick et al, and Eidelman). Infants who are Asian, White, or Latino/a are more likely to receive human milk than infants who are Black, American Indian, Alaska Native, Hawaiian, or other Pacific Islander. These inequities are concerning because research suggests that they may contribute to other health inequities later in life, such as an increased risk of elevated body mass index.

The scientific literature makes clear the existence of infant feeding inequities by race, but it is less clear why those inequities persist. Studies, particularly those comparing White to Black mothers, have identified a wide range of mechanisms, including maternal age, marital status, infant birthweight, socioeconomic status, in-hospital formula-feeding, and attitudes. However, there is a need for greater focus on modifiable structural factors, particularly in the workplace, which may help drive population-level differences. Race is a social construct, and scholars like Jones, Williams and Hardeman stress the need to examine racism in its various forms as the driver of health inequities. Structural racism is particularly pernicious, and occupation-related factors are one pathway through which structural racism likely contributes to inequitable human milk feeding behaviors.

Work, including employment status, occupation, access to accommodations, and working conditions, of the breast- or chest-feeding parent is a known predictor of breastfeeding behaviors.

Work, including employment status, occupation, access to accommodations and working conditions, of the breast- or chest-feeding parent is a known predictor of breastfeeding behaviors. It is logical that work would contribute to differences in human milk feeding behaviors by race, because structural racism and a host of systemic barriers have led to racial disparities in the types of jobs available to different US workers. White women are more likely to hold the types of jobs that accommodate continued human milk feeding, while many women of color face unfair barriers to those jobs. Policies like the Break Time for Nursing Mothers law have helped promote access to clean space and break times for milk expression, but many workers, particularly service workers, still lack access to basic lactation accommodations,

The role of work in connection to infant feeding inequities is evident in qualitative studies, such as a recent one by Davis and colleagues examining infant feeding behaviors among Black mothers. However, quantitative research about the contribution of work to racial differences in human milk feeding is limited and inconclusive. Some researchers have found employment status did not explain race differences in breastfeeding, while others found that employment was a significant mediating pathway. A report by the US Surgeon General stated that lower rates of human milk feeding among African American women are “not well understood, but employment may play a role.” In a recent paper, I demonstrated that among Black and White mothers of young infants, employment status alone did not differ by race, but White mothers were more likely than Black mothers to hold management and professional jobs, which tend to accommodate lactation better than service and manual labor jobs do. Future research needs to examine working conditions, like working hours, job demands and control, work-family balance culture, support or criticism from colleagues, and access to lactation spaces and other programs (all of which are likely inter-correlated) in connection with racial differences in human milk feeding outcomes.

Fleshing out the ways that work contributes to infant feeding inequities is a challenging, yet promising area of research. By leveraging an interdisciplinary approach and building on existing knowledge in the areas of health behaviors, health inequities, and occupational health, such research can help practitioners and policymakers intervene on modifiable, work-related factors to reduce inequities in human milk feeding. 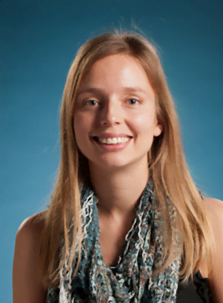