When the Republicans assumed complete control of the federal government, including both houses of Congress and the presidency—and now increasingly the courts—they made a number of attractive promises.  Donald Trump told us that everyone would have better and cheaper health insurance, that the economy would grow at 4% per year, and that he would rid Washington of corruption by “draining the swamp.”

A lot of these promises matter a great deal to population health.  After all, public health is about ensuring the conditions in which people can be healthy, according to a 1988 Institute of Medicine report.Conditions including a rapidly growing economy, increasing incomes, and high quality and accessible health care are certainly favorable for population health.  So how’s it working out?

This past July, I said I would be watching to see how well those in 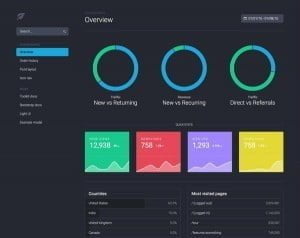 power are keeping their promises, and explained which metrics I would be watching and where I’d get the data. I chose 7 topics, all related to promises made during the campaign. I thought there might be some subtle signs in the data about what direction we’re heading. It turns out the signs have not been all that subtle, but I still think it’s useful to follow the data.

With the Republicans in office just one year,  data are not yet available to evaluate progress on  all of their promises, but a few indications are emerging. We’ll know more in six months and even more in a year. With all that said, here’s my first report.

1. Uninsured Americans is from the Gallup Survey.

2. High-School graduation is from the Common Core of Data from the National Center for Education  Statistics.

3. Median income data are from the US Bureau of the Census (via St. Louis FRED), series MEHOINUSA672N. The percent of children in poverty is from the Census report on the Supplemental Poverty Measure. The Gini coefficient is from the Census Report on Income and Poverty in the United States .

4. Tailpipe Emissions are from the University of Michigan’s Transportation Research Institute.

5.  Corruption is from Transparency International. Trust is from the General Social Survey: it is the percent of respondents who say that generally speaking, most people can be trusted.

7.  The percentage of GDP paid in taxes is calculated by dividing the OECD’s data for total taxes by the GDPA series from the St. Louis FRED database.