Current immigration policy research focuses primarily on economic and political impacts, giving little attention to health impacts. In the Evidence for Action (E4A) panel Using Evidence to Inform Immigration Policy at the IAPHS 2018 conference, Heather Koball, PhD, Interim Director of the National Center for Children in Poverty at Columbia University;  Romina Tome, Ph.D. Candidate at the Sanford School of Public Policy at Duke University; and Samantha Vargas Poppe, Director of Policy and Advocacy for UnidosUS argued for the importance of research on the relationship between immigration policy and population health, well-being, and equity impacts. Given the current presidential administration’s proposed rule to expand how the “public charge” test is applied during the immigration process, this research is especially timely and pertinent to understanding the mechanisms underlying health and social determinants of health for vulnerable immigrant groups.

A number of key insights arose from the session:

The mechanisms via which immigration policy and enforcement may influence health are complex and diverse. Different policies and enforcement activities may sometimes interact or offset one another. Changes in policies or enforcement can have “chilling effects” beyond the domains they directly affect, such as when changes in eligibility lead to reduced uptake of services even for individuals who remain eligible. This is particularly relevant for the proposed changes to how public benefit use is considered in the public charge test. Heather emphasized that the number of people directly affected by this change to the proposed rule may actually be relatively small, but the chilling effect could be more expansive. Spillover could also occur – for example, Romina described preliminary results about the implementation of 287(g), a section of the US Immigration and Nationality Act that deputizes state and local law enforcement officers to enforce federal immigration law. These results suggest that the implementation in Mecklenburg County, NC may have negative impacts on non-immigrant Latina mothers in addition to mothers born abroad. Disentangling and documenting these influences is critical but challenging, since the accuracy of data about immigration status may be affected by the immigration enforcement environment. This is likely to remain  a hurdle for research in this area.

These results suggest that the implementation in Mecklenburg County, NC may have negative impacts on non-immigrant Latina mothers in addition to mothers born abroad.

The effects of immigration policy and enforcement activities may be context-specific. While the study of 287(g) activities in NC highlighted during this session showed significant effects resulting in an increase in low birth weights and premature births for babies of immigrant Latina mothers – other empirical research presented at the IAPHS conference found no associations between enforcement activities and birth outcomes of immigrant mothers in other contexts within the U.S. A robust discussion about why there were different findings ensued during the Q&A portion of the session. Some possible explanations: different analytic approaches, different social and historical contexts regarding immigration, different definition of population of interest, and differences in the presence/absence of other supportive services.

Rigorous health research can and has influenced policy. Samantha shared the case of the Children’s Health Insurance Program Reauthorization Act of 2009 (CHIPRA), when research illustrating that expanding health insurance improved health outcomes was critical in reframing the policy conversation. Evidence establishing the link between improving children’s access to care and reducing health care costs provided a foundation to influence change and ultimately pass the legislation. In the case of immigration, translating research into effective policy arguments relies on investigators making their findings relevant for both immigrant and non-immigrant constituencies. Recognizing the importance of immigrant health care access for broader public health and well-being, for example through utilization of preventative care such as vaccinations, may shift the conversation away from being such a politically polarizing issue.

In addition to producing briefs that can inform policy, researchers can participate directly in the rule and regulation making process, which does not constitute lobbying.

In addition to producing briefs that can inform policy, researchers can participate directly in the rule and regulation making process, which does not constitute lobbying. Whenever a federal agency creates or changes an administrative regulation, they are required to publish a notice of proposed rule in the Federal Register. Members of the public can pose comments or questions about the proposed rule for at least 30 days, and agencies must respond to each submission. Samantha emphasized the importance of making comments on proposed rule changes, such as the one currently underway for the public charge test. She emphasized that these comments do get read and can make a difference.

At the same time, the tension between researcher objectivity and advocacy was acknowledged. The role of researchers in this field is to examine the effects of policies and programs on health outcomes to understand the extent to which interventions may be the most effective. However, if the findings can be the basis of sound policy, researchers can and should work in partnership with advocates and practitioners to implement evidence-based approaches. Samantha highlighted UnidosUS’s “roundtable” dialogues as an opportunity for advocates to highlight critical areas where more evidence is needed and for researchers to communicate the results of evidence that already exists.

Overall, Using Evidence to Inform Immigration Policy was a dynamic session illustrating the interplay of immigration policies and enforcement activities, and the potential consequences for the health of immigrants and the general public. The primary takeaways were  (1) the importance of building relationships between researchers, advocates, and policymakers, and (2) the value of rigorous research to inform strategies for county- and state-level policy development and enforcement activities to mitigate or remediate any negative health and well-being impacts.

For more information on immigration and health, readers may be interested in Marcos’ (Romina’s) and Heather’s research, Jessica Yen’s interview with Dr. William Lopez on the IAPHS blog, “Connecting Immigration Raids to Community Health,” and Gabriel Sanchez’s post, “Citizenship Status Drives Inequalities in Access to Health Insurance Among Latinos.” 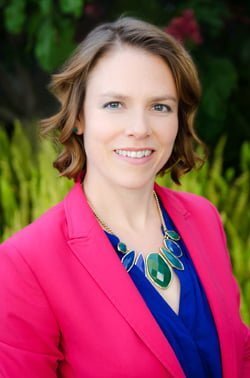 Erin Hagan As Deputy Director of Evidence for Action – a national research grant-making program of the Robert Wood Johnson Foundation – Dr. Hagan oversees the day-to-day operations of the National Program Office. Over the course of her career, Erin has worked across a variety of sectors including non-profit, philanthropic, and government. Her experience spans health equity, public policy, business, and evaluation.

Our Top Ten Blog Posts from 2018 Member of the Month: Morgan Philbin