Every presidential administration brings a new set of priorities. These priorities affect the communities that public health researchers seek to study and protect. In light of the current administration’s immigration policy and increasing willingness to use immigration home raids to detain undocumented immigrants, it is more important than ever to understand the effects of immigration raids, at both the individual and community level.

Dr. William Lopez, a Postdoctoral Scholar at the University of Michigan, agreed to chat with me about his immigration research and to discuss some ways population health researchers can become involved.

Can you tell us about your research?

Sure. During the Obama era, we saw up to 400,000 deportations a year. The sheer scale of the removal–400,000 people–is incredibly important, but we cannot overlook the effects that one individual deportation can cause to individuals, families, and communities. This is largely because, contrary to what is popularly portrayed, there is no collection of undocumented individuals living alone in isolated corners of the U.S. On the contrary, undocumented immigrants are linked through marriage, work, school, commerce, church, and many other ways to individuals of all immigration statuses. These are what I call “mixed-status communities.” In my work, I look closely at a day-long act of immigration enforcement that may have set out to target a single individual, but ultimately affected multiple families and an entire community  in a variety of ways.

I know your team was able to take advantage of a “natural experiment.” Can you tell us more about that?

Let me start with a bit of background on the event. In November of 2013, Immigration and Customs Enforcement, or ICE, collaborated with a local police department in Michigan to arrest and deport one Latino man, but ultimately arrested and deported multiple Latino men. The day climaxed with a raid on an automotive garage and the apartment on the floor above it, resulting in additional deportations. Two traumatized Latina mothers held months-old infants in their arms as the door was kicked in.

At the time I was volunteering for an immigrant rights organization and working with a research team surveying Latinos in Washtenaw County, MI. The automotive raid occurred in the middle of our five-month survey period allowing for a natural experiment. By comparing data gathered before the raids to that taken after the raids, we could look at the community health impact of this particular immigration raid and the enforcement that it entailed.

I was able to interview three subsamples of individuals who were “involved” in some way in the raid. The first subsample included those who directly interacted with law enforcement on the day of the raid. Among this sample were men who were deported and arrested and women who were in the apartment when it was raided. The second subsample included friends and family of those in subsample one. Lastly, I spoke with representatives from organizations in the community that served the local Latino population.  I also conducted participant observation within the immigrant community and with local law enforcement offices. To give just a few examples, I participated in anti-deportation rallies of community members, attended law enforcement community events, and engaged in ride-alongs with police officers.

What kind of results did you find?

Quantitative analyses showed the raid’s timing was related to lower self-rated health scores and increased immigration enforcement stress. Women and those with children in the home were impacted most severely. Interviewees described a range of physical, psychological, and economic effects.  These consequences were felt across the community regardless of immigration status. In addition, Latino community members were more hesitant to contact the police, as the police had collaborated with ICE to raid the apartment.

What drew you to this work?

Personally, this work is deeply important to me. My mother is from 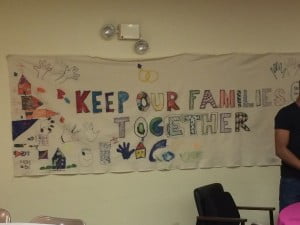 Mexico, my father a Texan of Mexican heritage. But I have never been touched by deportation in my immediate family. There are many reasons for this: among them, my grandfather and mother immigrated during a different time, when policies were at least slightly more supportive to those entering the U.S. Yet so many of my friends in Michigan have had their lives turned upside down by the removal of a family member. My life of comparative comfort, it seems, amounts to luck of the draw, to a privilege of being born in a different political era. And as my friend once told me, what’s the point of privilege if not to use it for those who don’t have it?

As my and much other research shows, immigration raids are inefficient, violent, and traumatizing to a range of individuals, and the effects are felt regardless of immigration status. When we move beyond thinking of individuals and also consider the families and communities in which undocumented individuals live and move about the world, it’s easier to understand how the violent removal of one individual can affect many others.

What’s more, fear of deportation becomes a psychological stressor not just for those who could potentially be removed, but for those who fear the removal of a loved one every time that love one drives away. The children in my study, all of whom were citizens, often feared that when their parents left, they may never see them again.

Third, I would add that often  police and local law enforcement hate these raids, as they find it impossible to “serve and protect” when no one trusts them and the community avoids contact with all types of law enforcement. Law enforcement officers in high-ranking positions also find it challenging to add an entire range of law enforcement activity to their already overburdened departments.

Lastly, one of the things I saw in my work, and we continue to see in our community, is the legalization of racial profiling. In the raid on which I focused, a single individual was a target of the immigration action, yet multiple men, all Latino, were arrested and deported. In a raid of a local restaurant earlier this month right next to the University of Michigan, ICE had a warrant for one Latino man but arrested at least three others, none of whom were the original target of the raid. When immigration officers have the ability to arrest anyone they “suspect” of being undocumented, they will arrest any minorities in proximity with no legal repercussions.

What can population health researchers do?

Good question… For academics, I would suggest that we do all we can to make our work as publicly accessible as possible, not locked in an academic library for only those with academic credentials to read. Our team raised funds to purchase the copyright of the article to share as widely as possible. We also took time to write for public dissemination. Other collaborators paid for a professional Spanish translation. We continue to collaborate with the Washtenaw Coalition for Immigrant Rights (WICIR), who continues to raise funds to pay for legal support to mixed-status communities in Washtenaw County and operates a youth group for children of parents at risk for deportation. Many of us also advocate at the county level against bills directly related to our research. One such bill is HB 4105, under which local governments would have to advise police of their duty to inform immigration officials if they have “probable cause to believe that an individual under arrest is not legally present in the United States.” This probable cause, as has been shown elsewhere, amounts to legalized racial profiling.

One of my favorite aspects of public health research is that it is creative, agile, and responsive to community needs. I didn’t go into my PhD program specifically hoping to research immigration home raids–I wish there were none to research and that the raids were no longer occurring. This project was partially a matter of timing, because the immigration raid occurred in the middle of a community survey, but I had also been working with many immigrant rights orgs for years before. You could say the quant and qual pieces fell into place. But many of those seeds had already been planted. Honestly, while you call this “my” research, it’s anything but. It’s a painful labor of love from many advocates and academics who earned the trust of the community through years of effort.

How would you like to see future research unfold?

With the continued uptick in immigration raids, it is important for population health researchers to consider the individual and community health effects, including whether the communities they study might be “mixed status communities.” Seeking opportunities to volunteer, advocate, publicly disseminate results, join coalitions as allies, and partner with community organizations are other avenues for getting involved. 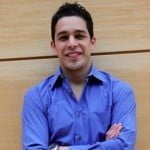 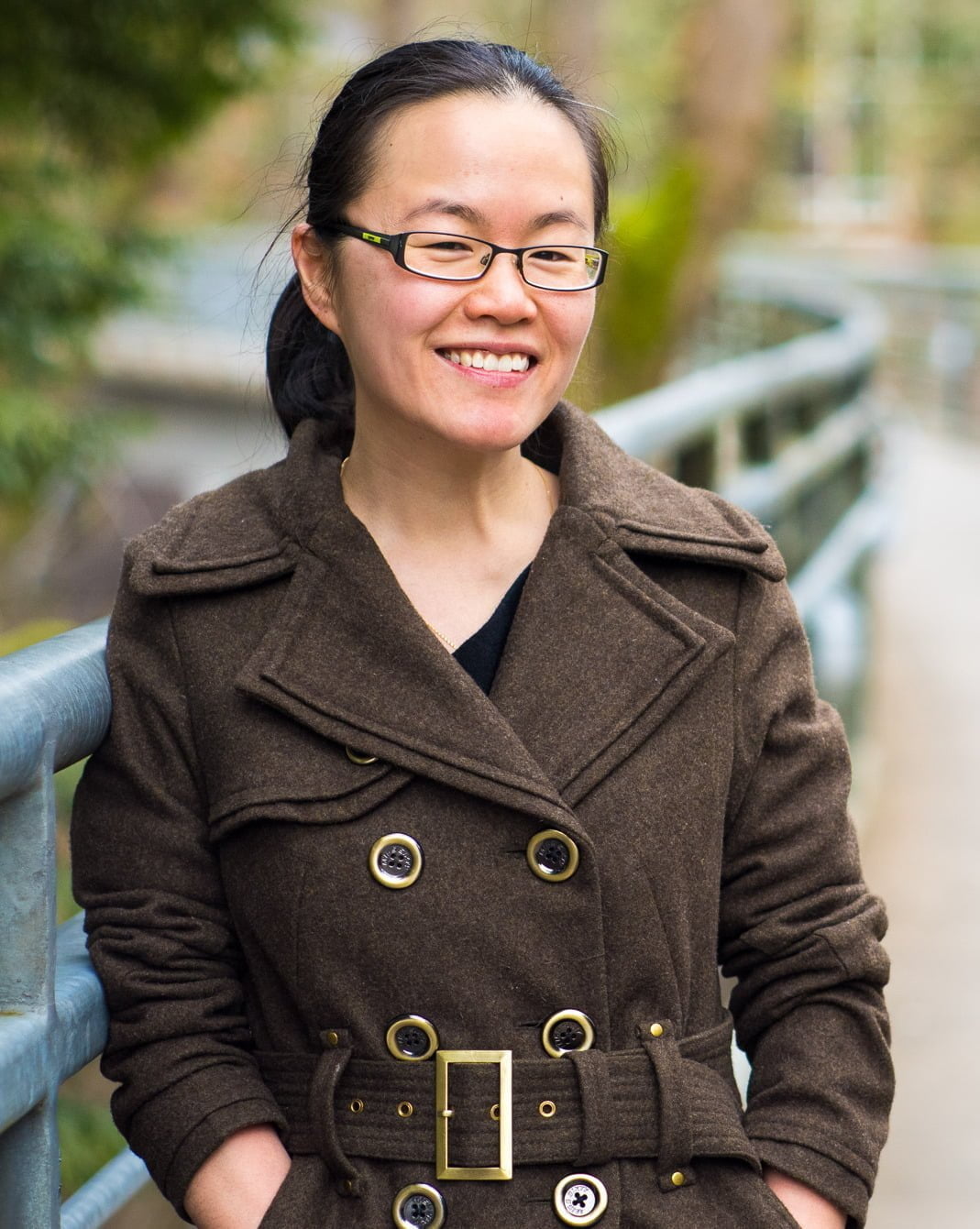 Jessica Yen Jessica Yen, MS is a freelance medical writer/editor who works with the public health and health care communities. She particularly enjoys working with population health researchers, health justice organizations, and safety net clinics, and can be found online at www.jhycommunications.com.