The central motivations for the 2010 Patient Protection and Affordable Care Act (ACA) were to expand access to health care insurance and to encourage use of preventative care. This entailed reducing the cost of health insurance, which had been a barrier. In general, the ACA achieved improvements to health care insurance coverage and reduced costs nationwide; however, the extent of these policy victories varied across states and by key social groupings (Lipton et al. 2017).

As researchers, our own assessments of the success of the ACA has focused specifically on Latino populations. In general, we find that health care insurance coverage for this group depends less on nativity (whether individuals are born in the United States) and more on citizenship status (whether immigrants are naturalized). Using a statistical regression framework, we uncovered evidence that nativity is not a major factor that predicts whether Latinos are insured or not, nor does it appear to explain who is likely to access health care resources–in this case, doctor visits.  However, when we focus on differences among the foreign-born, our analysis finds that naturalized U.S. citizens and Legal Permanent Residents are the beneficiaries of expanded coverage, leaving behind the undocumented and those who are otherwise in the process of adjusting their status.

Latinos are the largest racial minority group in the United States, at nearly 18% of the U.S. population (US. Census Bureau).  According to the U.S. Department of Health and Human Services (2016), 30.5% of Latinos were uninsured in 2016, down from 41.8% in 2013. However, Latinos remain one of the most uninsured groups in America.

Although the U.S. is home to more than 40 million immigrants, representing 13% of the population of the country, one of the lightning rods in the passage of the ACA was related to the politics of immigration.  The major debates about the ACA centered around eligibility for non-citizens and who would qualify for coverage. This debate was infused with anti-immigrant rhetoric that characterized the foreign-born population, the majority of them from Latin American countries, as undeserving for services (Lubin 2014, Light and Terrasse 2017). 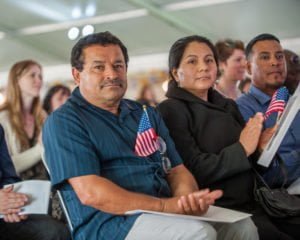 A major reason we observe these differences is that citizenship status operates as a marker of policy benefits in the United States, including as part of the provision of health care insurance authorized under the ACA (Broder, Moussavian, and Blazer 2015).

Population health scientists have shown  that public policy directly shapes the overall health of a nation (Chen et al. 2016; Schoeni et al 2009; Burris et al. 2010).  Previous studies from various sources have highlighted the important contributions of immigrants, and especially undocumented immigrants, to American society  (US Department of Treasury 2011; Hanson 2009; ITEP 2017). Despite this, socio-political vilification of undocumented status continues to act as a barrier to federal programs. A healthy society necessitates addressing sources of marginalization that create unequal divisions. Thus, the contemporary exclusion of undocumented immigrants continues a long tradition of relegating non-citizens as unworthy of public protections despite their contributions to our economy and local communities.

Despite the limitations of the ACA to address issues of access for the undocumented population, the current administration’s policy agenda is exacerbating inequalities based on citizenship status. In addition to attempts to undercut the ACA through executive orders aimed at choking federal funding, within a larger discussion of immigration reform we have also seen action on ending Deferred Action for Childhood Arrivals (DACA), and plans to revise the family unification policy (Shear and Davis 2017; Gelatt and Pierce 2018). This policy agenda will further reduce access to basic health care for the undocumented population (Parmet 2018). Recent survey data indicate that 75% of Latinos believe that regardless of their immigration status, they will be impacted by laws that target or penalize the undocumented (Latino Decisions 2017). This spillover effect has serious implications for Latino families and their children. The current policy and social environment in the United States  is unlikely to reduce inequalities within the Latino population or to further population health goals for Latino Americans more broadly. 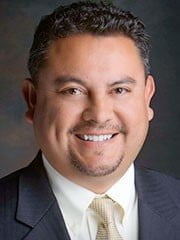 Gabriel R. Sanchez is a Professor of Political Science and Executive Director of the RWJF Center for Health Policy at the University of New Mexico. Sanchez is also a Principal of the survey and research firm Latino Decisions and is a nationally recognized expert in Latino politics, immigration and health policy. 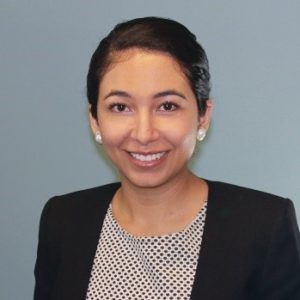 Bárbara Gomez Aguinaga is a doctoral student in political science and a Health Policy Doctoral Fellow at the Robert Wood Johnson Foundation Center for Health Policy at UNM, where she studies racial and health disparities of minority and immigrant populations in the United States. 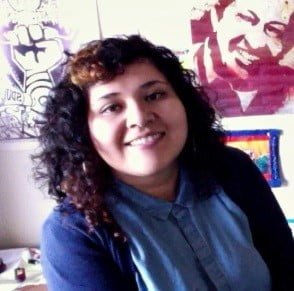 Melina Juárez is a Visiting Assistant Professor at the University of Arkansas. Her work examines the intersections of race, ethnicity, gender, sexuality, and nativity. 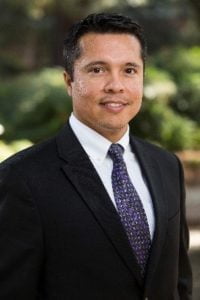 Francisco I. Pedraza is an Assistant Professor at University of California, Riverside with appointments in the School of Public Policy and the Department of Political Science. Pedraza’s research addresses Latino policy and electoral candidate preferences, and the consequences of immigration policy to health related matters. He is the coordinator of the Politics of Race, Immigration, and Ethnicity Consortium (priec.org).

Edward D. Vargas is an Assistant Professor in the School of Transborder Studies at Arizona State University.  Dr. Vargas is Co-PI on the 2016 Collaborative Multi-Racial Post-Election Survey and the Latino National Health and Immigration Survey.  His research interests include the effects of poverty and inequality on the quality of life, focusing specifically on health, education, and social policy, and how these factors contribute to the well-being of vulnerable families.

Gabriel Sanchez Gabriel R. Sanchez is a professor of political science at the University of New Mexico, and Director of UNM's Center for Social Policy. Professor Sanchez is also a Principal at Latino Decisions, and a Founding Member of the UNM Native American Budget and Policy Institute,