The rise of obesity in the U.S. population over the past four decades is well-documented. After increasing at a relatively gradual pace through 1976-1980, the prevalence of obesity climbed rapidly, from about 15% in that period to 23% in 1988-1994, 31% in 1999-2000 and 37% in 2013-2014. These numbers alone, however, don’t tell the whole story of our still unfolding obesity epidemic. In particular, existing estimates are based on current weight status alone and don’t capture information on weight history.

In a forthcoming article in the American Journal of Preventive Medicine, my collaborators and I show that when we consider weight across the lifetime of individuals, instead of just the snapshot of weight assessed at the time of survey, the prevalence of obesity among adults in the US rises from 37% to 51% of the population. In other words, while close to two out of five adults were obese at the time of the survey, more than half of American adults had been obese at one point or another in their lifetimes. This suggests that the effects of obesity on population health may be even more pervasive than previously thought.

Integrating lifetime exposure data into health surveillance of the obesity epidemic may be new, but it has long been the practice in the literature on smoking. Data on smoking status is commonly reported using the categories “never,” “former,” and “current” smoker, recognizing that former smokers are a higher risk group than their never-smoking counterparts. At a minimum, these three groups need to be tracked separately to fully account for the effects of smoking on the health of the population. Tracking this population is also useful for understanding the success of cessation programs, taxes, and other policy efforts aimed at getting people to quit smoking. 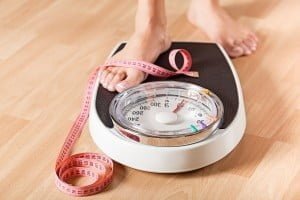 Why might such a distinction be useful in the case of obesity? Formerly obese individuals may be at higher risk of developing obesity-related chronic conditions than never-obese individuals may be. Therefore, as in the case of smoking, it would be inappropriate to lump these two groups together. Indeed, prior studies have found evidence in support of obesity’s lingering health effects that persist even after an individual loses weight.

Besides the risks associated with any lingering effects of prior obesity status, formerly obese individuals may also have higher risks than never-obese people if they transitioned out of the “obese” category as a result of an illness or age-related sarcopenia. Whether the weight loss was intentional or unintentional, people in the “formerly obese” category are clearly different than those who were never obese to begin with.

Distinguishing formerly, currently and never obese people in health surveillance studies can also help us to understand the effects of programs and policies aimed at achieving weight loss. As new interventions are developed and taken up in the population, the prevalence of current obesity should decline relative to the prevalence of ever obesity, providing researchers a measure of intervention effectiveness.

In addition to breaking down the data into “never,” “former,” and “current” and the more concise categories “never” versus “ever” obese, we also looked at differences across demographic groups and at trends over time. These analyses showed significant increases in the percentage that were formerly obese with increasing age, which would be expected with age- and illness-related weight loss. The analyses also revealed a slight increase in the prevalence of former obesity over time, indicating slightly greater outflows from the obese category in 2013-2014 than in 1988-1994.

This latter finding could suggest intentional weight loss is becoming more common over time, however, in this study we were not able to identify the mechanism of weight loss among the “formerly obese” category, and thus definitive conclusions on this point cannot be drawn. Future research that makes such a distinction would be valuable to better track the effectiveness of programs and policies aimed at achieving weight loss in the population.

Overall, our study highlights the value of adopting a life course perspective in population health research. The approach we proposed in this study may also be applicable to research on other risk factors where lifetime data are not frequently incorporated, including measuring the prevalence and population health effects of alcohol consumption.

Andrew Stokes Andrew Stokes, PhD is an Assistant Professor in the Department of Global Health and affiliate of the Center for Global Health & Development at the Boston University School of Public Health. His ongoing projects include work in South Africa, where he is involved in the development of a national health database for chronic disease research and methodological research to improve estimation of the disease burden associated with obesity.