Reviewed by Dr. Anat Rosenthal,  Ben-Gurion University of the Negev

One of the first executive actions of the current U.S. administration after taking office in January was to reinstate the global gag rule barring U.S. funding for foreign NGOs that discuss or provide abortions. Lifted by the Obama administration in early 2009, the global gag rule was first signed by Reagan in 1984, overturned by Clinton in 1993, and reinstituted by Bush in 2001. This roller coaster of foreign aid decisions has had a life-altering effect on women in aid-receiving countries. However, the global gag rule on abortions is far from the only way the U.S. has used foreign aid to intervene in the sexuality and sexual health of people receiving donor aid.

One such case is explored by Anne Esacove in her new book, Modernizing Sexuality: U.S. HIV Prevention in sub-Saharan Africa (Oxford University Press 2016). Focusing on Malawi, one of the most heavily aid-dependent countries in sub-Saharan Africa, Esacove describes and analyses how U.S. governments have used HIV funding to impose ideas of normative modern sexuality on Malawian individuals and collectives— and the reactions these ideas have generated—all in the context of HIV prevention. No less important, Esacove takes a harsh look at the undeniable failure of this strategy as an actual prevention method. Esacove’s book invites the readers to understand U.S.aid-supported HIV prevention in Malawi not only as a public health or a humanitarian task, but also as part of an all-too-familiar Western modernizing (or shall we say civilizing?) project.

In Esacove’s compelling analysis, narratives of risk and prevention are much more than simple public health strategies. Based on data collected from three levels of sources (U.S. policy documents; interviews with prevention specialists, both foreign and local, whom Esacove wittily and accurately dubs “the industry”; and data collected in ethnographic journals), the book takes apart U.S.-led HIV prevention policy in Malawi to expose its hidden–and not so hidden–messages. 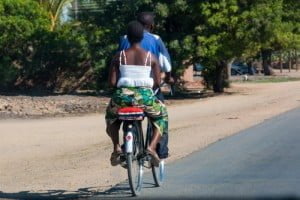 narratives of risk to conflicting accounts of HIV prevention practices, revealing the inconsistencies underlying them. According to Esacove, the overarching goal of U.S.-led prevention activities is to “transform traditional individuals into rational and autonomous actors” (page 101) with the belief that modernity is the key to HIV prevention. This rational modernity is represented by what Esacove calls “Love Matches”—a policy-based notion of an idealized match that protects people from the risk of HIV, while presupposing the coupling of autonomous opposite-sex individuals who neither love each other nor match for any reason other than to prevent infection. Love Matches are only one component of a prevention policy that is more successful in “spreading the gospel of neoliberal modernity” (page 129) than in preventing HIV. By focusing on all the right buzzwords (“awareness and knowledge”, “gender empowerment,” and “skill building”) and rituals (“research”, “science,” and “evidence-based policy”), while forgoing any structural changes that go beyond individual behaviors, U.S.-led prevention policy, as Peter Glick has already shown (2010), does very little to prevent the spread of HIV.

Everyday pathways of prevention in Malawi

In an almost mirror image of the simplicity of what Esacove calls policy and industry narratives, Esacove’s analysis reveals the complexity and nuance of narratives of HIV risk and prevention from ordinary Malawians living in rural communities (the target population of most policy and industry HIV prevention efforts). Based on ethnographic journals chronicling everyday conversations in village communities, Esacove provides a fascinating glimpse into the ways “real people” negotiate the risk of HIV infection: screening for potential risky partners and relying on both individual responsibility and community knowledge and support. These everyday pathways of prevention are worthy of our attention: they’re a product of real-life experiences, and they have the potential to be effective in HIV prevention.

Everyday pathways of prevention are valuable not only on their own merit, but also as a methodological tool. The use of ethnographic journals collected by rural community members over a period of years provides insight into what people in villages think, say, and do. Esacove draws from the Malawi Journal Project—for more information see Watkins and Swidler (2009). Although some in population sciences may question the validity of these data, I contend that our disciplines have far too long relied on what we think we know instead of what the members of our studied populations have to say. Esacove’s ability to see the world through her research subjects’ eyes is not only methodologically innovative, but theoretically eye opening as well.

That said, Esacove is not naïve when it comes to everyday pathways of prevention, nor does her analysis romanticize their nature and implications. Although Esacove’s analysis is fully aware of the shortcomings embedded in those everyday pathways, she reminds us of the risks of relying on old HIV prevention practices that have already proven unsuccessful, and offers prevention pathways that “target systems and institutions with the goal of ‘small doable’ steps that would shift the path of least resistance” (page 140). Therein lies Esacove’s strength – with open eyes and a critical view, she not only questions established (albeit failed) practices, but also offers alternative paths and warns us against the price that failed HIV prevention efforts may have in a world moving toward the expansion of treatment without the assurance of sustainability. With the threat of a 20% cut in U.S. global HIV funding (Harris 2017), these questions are more important than ever, and make Esacove’s book a must-read for all those engaged in global HIV prevention.

Anat Rosenthal Dr. Anat Rosenthal is a medical anthropologist and a lecturer at the Department of Health Systems Management and the Tamar Golan Africa Centre at Ben-Gurion University of the Negev, Israel. Her work focuses on global health policy and healthcare delivery in resource-limited settings.

Towards a More Comprehensive Surveillance of the Obesity Epidemic in the US Moving from Research to Action: A Report on the Health And…Racial Equity & Urban Well-Being Conference