What does it take to train population health scientists? 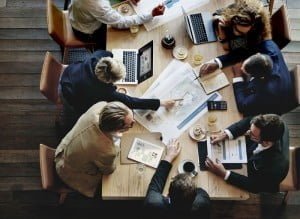 What does it take to train population health scientists? This new approach to understanding health from a multi-level, interdisciplinary perspective is still in its adolescence, so if you’re looking to establish a training program, good models may be hard to find. The Robert Wood Johnson Foundation’s Health & Society Scholars (HSS) program has just released a new report that may help to fill this gap. HSS, which recently closed its doors, was regarded by many as a gold standard for training in this field. The new report summarizes how the program was carried out and highlights lessons learned based on 13 years of experience in producing interdisciplinary population health scientists. The report, Building the Science of Population Health: The Robert Wood Johnson Foundation Health & Society Scholars Program 2001–2016 and Beyond, was written by Kristin Harper on the basis of interviews with program participants, faculty, advisors, and funders as well as extensive documentation about the program’s operations over its lifetime. It is available in two lengths: a Full Report and an Executive Summary.

HSS was designed to train early career researchers to become interdisciplinary leaders in population health science. Between 2003 and 2016, it trained 193 scholars at six sites: Columbia University, Harvard University, the University of California, San Francisco/Berkeley, the University of Michigan, the University of Pennsylvania, and the University of Wisconsin. Scholars came from a wide variety of disciplines, including sociology, epidemiology, psychology, economics, city planning, history, neuroscience, anthropology, and many more.

As participants looked back on the program, they repeatedly stressed a few key features that made their experience stand out. One was the interdisciplinary communities the program sites created. Within sites, both scholars and faculty came from diverse backgrounds. As a result, scholars spent their time interacting with others who had similar interests but different training and perspectives. This critical mass of diverse scholars, all committed to interdisciplinary science, was important for cross-fertilization, for mutual support and growth. It challenged scholars to tackle new kinds of questions and to develop ways of answering them.

Another key element of the program was intensive, multidisciplinary mentoring. All scholars had more than one mentor, often one with knowledge of the scholar’s background discipline and one who would help the scholar stretch towards interdisciplinarity. The program consciously rejected the model in which a postdoctoral scholar provides research help on the mentor’s project in exchange for mentoring. Providing salary support for mentoring time put the scholar’s future development more squarely at the center of the mentor-mentee relationship. 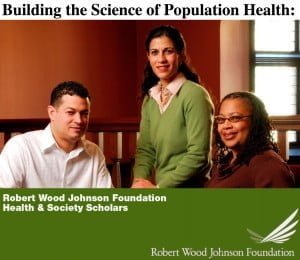 Each site had funds allocated to support research by scholars as well as to draw other faculty in the university into engagement with the program. These funds supported research projects, working groups, development of new courses, and population health prizes. Relative to the amount spent on other expenses, such as salaries, the funds cost little and accomplished much in supporting scholar development and expanding engagement with population health within the university.

James Knickman (former Co-Director of the National Program Office and member of the National Advisory Committee), pointed to another key element that was crucial to the program’s success – flexibility. When the program was being developed, population health training was virtually unknown. The RWJF asked the six program sites to develop their own approaches to curriculum development and then share their successes and failures with each other. The sites never did create a uniform approach, but the diversity of approaches they developed resulted in a great deal of shared learning.

Some features of HSS drew skepticism. For example, the very high stipends paid by RWJF were useful in attracting highly talented people but many people argued they could have been much lower. The length of the program – 2 years – was not enough for individuals trying to bridge very different disciplines (e.g., biology and social science). The program didn’t do enough, some observers felt, in providing leadership training and training in knowledge exchange or translation. And, finally, the domestic focus of the program, required under RWJF funding, was an unwelcome constraint to many.

To date, no successor to HSS exists, although universities are increasingly offering relevant programs.  In addition to this report on “lessons learned”, there are other resources for program development.  See Teaching Resources on the IAPHS website for a report on future training in population health science; a toolkit for teaching knowledge exchange, and undergraduate syllabi.