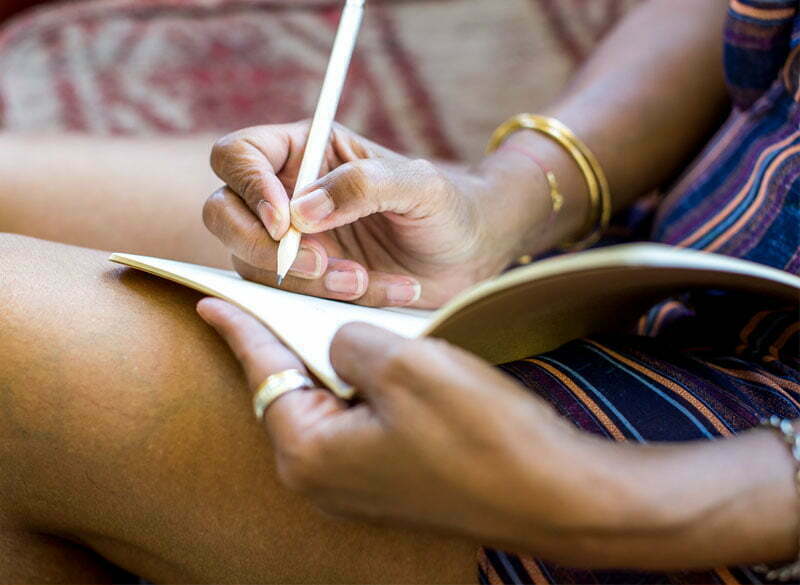 The AIDS epidemic in Africa looks much like the medieval Black Death did, beginning with a rise in mortality, followed eventually by a decline.  One big difference between the two, however, lies in the amount and quality of data now available to track epidemics. Scholars studying the Justinian Plague that occurred many centuries ago have estimated that roughly 40% of the population died. Estimates of AIDS mortality in sub-Saharan Africa are more precise; UNAIDS modelling of deaths from AIDS-related illnesses, based on figures provided by the affected countries, gives us a more accurate picture of the yearly number of deaths.

A second major difference is in the greater means by which we are now able to combat epidemics. Contemporary epidemics have spurred concerted efforts by national and international organizations to mount behavior-change interventions that may reduce transmission and mortality. Initially, these included information campaigns promoting the ABCs of HIV prevention: Abstinence, Being Faithful, and Condoms. A central component of these efforts has been to track change in the ABCs by conducting large-scale surveys of the populations who received these informational interventions. I don’t know the exact number of behavior-change AIDS-related surveys conducted in Sub-Saharan Africa but they certainly number in the hundreds, if not thousands.

In 1998, some colleagues and I initiated what became the first round of a 6-wave survey, the Malawi Longitudinal Study of Families and Health, 1998-2010. It was striking that respondents in our rural survey sites were already well aware of the dangers of AIDS. They attended a median of 3 funerals a month, 96% knew someone who died of AIDS, and 83% were very or moderately “worried” about “getting AIDS.” However, and by accident, we began to become concerned that our survey respondents weren’t always open in their response to our survey questions. In analyzing our 1998 data we learned that there were statistically significant differences in responses between monogamously married husbands and wives (in the range of 10%) in their reporting of household assets (e.g., whether they owned a mattress, had a pit latrine, etc…) and even larger differences in reporting whether they had “talked with your spouse about AIDS” (in the range of 30%). Men were statistically more likely than their wives to say “yes, we have a pit latrine”. When we replicated our analysis using Demographic and Health Survey data from both Malawi and Kenya, we found a similar pattern (a relief: it was not just our data). Still, we had begun to lose confidence in the validity and reliability of survey data. We had graduate students interview survey respondents, asking them the same survey items, and learned that respondents were often influenced by factors we did not anticipate.  Respondents often asked the graduate student interviewing them: “how will answering your questions help me?”. In retrospect, this should not have been a surprise. Respondents to these surveys and our interview wanted to understand what we as researchers were looking for, so that they could give answers that might be beneficial for their community.

Another awakening struck when we analyzed the 1998 data on “faithfulness”. In that year, a high proportion of men under age 35 said that they were faithful to their spouse, an answer reflecting the behavior that international organizations were promoting as a response to the epidemic. We doubted that so many were faithful, having heard from our Malawian colleagues that men wanted a variety of partners, because “to have just one would be boring”. So we made a list of men under 35 who had reported being faithful, and asked interviewers to seek them out to chat informally. This conversational approach showed that about half of the men who had said they were faithful during the survey interview had not been truthful. Estimates of risk based on these interviews posed a stark contradiction to the data obtained from the commonly-used survey questions.

But what could we and other researchers do? Our solution was to take informal chats and gossip seriously. We experimented with a “gossip-as-data” approach in order to learn what rural Malawians said to one another about AIDS and sexual behavior, rather than what they said in formal survey or qualitative interviews and focus groups. By the end of our 1999 survey, we had trained and employed participant observers in each of our survey sites. The participant observers were not to ask questions: instead they were instructed simply to listen as they went about their everyday lives—while walking with others to get water or to a funeral, during time at the market or in a bar – and then write what they heard in a diary.  In many of the conversations, the participants gossiped about people they knew who were promiscuous and thus certain to have been infected with HIV. Sometimes they commented on people they knew who were faithful, but that was rare—gossip about misbehavior is more interesting.

The diaries show that ordinary rural Malawians took the lead in HIV prevention. It was only well after the peak of HIV incidence in 1993 that the National AIDS Commission developed Malawi’s “Social and Behavior Change Strategy 2011-2015”. By then, however, people had already seen many die a miserable death from AIDS. In 2002, a man captured in one of our journals told others that he saw a friend: “…getting sicker and sicker, until he became like a very young child. The way I had seen him suffering, that’s when I came to my senses, that indeed AIDS troubles a great deal before one dies.”  Malawians rejected the strict ABC advice, but replaced it with strategies of behavior change, such as telling a friend, “don’t change partners like changing clothes” or to check out whether a prospective partner had a reputation for promiscuity. Other solutions included wives with a promiscuous husband beating up his girlfriend, men advising friends who want a new sexual partner to pick a bargirl because, “everyone who has sex with a bargirl knows he must use a condom”, and parents cautioning children to “control your heart”.

We came to call this data collection strategy “Hearsay Ethnography”. It’s been amazingly fruitful (and cost effective—the diaries are far less expensive than surveys). There are now about 1300 diaries, (1999-present), written by more than 30 observers, with a median of five conversations per journal. The anonymized journals are available for public use at deepblue.lib. Our experience expands the data collection tool kit by introducing methods for informational interventions in Public Health beyond more standard approaches (e.g., surveys, semi-structured interviews and focus groups). It also suggests the value for other researchers as well as practitioners interested in informational interventions to experiment with other, and perhaps better, approaches that would add to our collective tool kit.

Susan Watkins Dr. Susan Watkins earned her Ph.D. in Sociology from Princeton University. Her research has focused on large-scale demographic and social change generated by local social networks. She and colleagues initiated two longitudinal survey projects, one in Kenya (Kenya.pop.upenn.edu) and more recently a larger project in Malawi, the Malawi Longitudinal Study of Families and Households (1998-2012: (www.malawi.pop.upenn.edu).

How to Talk About Population Health Theory, Measurement, Inference, and Action: How to Advance Research on Neighborhoods & Health?