Drug-Drug Interactions in the Era of Personalized Medicine

Drug-drug interactions in the era of personalized medicine: How do we improve drug safety for racial and ethnic minorities?

Drug-drug interactions (DDIs) are a major causal factor in disease rates and death, and they increase the length of hospital stays and admission rates. Yet DDIs can be avoided.

DDIs happen when one drug’s effect on the body is altered when taken in combination with another drug. This interaction can change how the drugs work and are processed in the body. Researchers have established that the way drugs are broken down in the body vary between population subgroups, and even among people of the same race/ethnicity, because of genetic differences in the cytochrome P450 enzymes, or CYPs, that break down drugs.

How are DDIs identified and what can go wrong in the real world?

While identification of DDIs is required during clinical trials of a particular medication before the drug can be approved by regulatory authorities, typically, doctors or pharmacists are responsible for identifying DDIs when they prescribe and dispense medications. One mechanism is alerts for physicians and pharmacists that appear in computer database records when deciding to prescribe or fill the prescription for a patient; however, these alerts can be dismissed or overridden. Sometimes the alerts are outdated or incomplete (i.e., the alerts provide DDI warnings only for drugs that have been studied in combination with one another, but not warnings for drugs that are metabolized by the same CYP, which could also lead to an interaction).

Polypharmacy, or when a patient is prescribed multiple drugs, is common among elderly adults and people with multiple chronic conditions. However, many DDI studies consider only two potential drug candidates at a time; whereas in the real world, 20.8% of adults take at least 5 drugs. Finally, essential education about DDIs may not always be conveyed equally to healthcare providers, patients, and their families. Drug labels contain information regarding potential serious interactions and are important for patients to review prior to taking a new medication.

DDIs in the era of Precision Medicine: Greater risk for minorities? 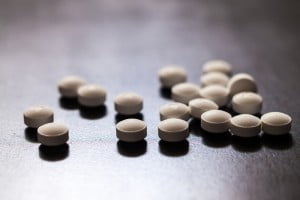 Variations across population sub-groups in how drugs are processed complicate matters substantially. For example, Hawaiians do not metabolize the blood thinner clopidogrel at the same rate as whites do, which can lead to significant issues in efficacy for the primary intended outcome. Hispanics and African Americans also tend to metabolize drugs at different rates than whites do because of genetic polymorphisms in their CYPs. Thus, these populations may not receive the full therapeutic benefit of a drug because the dose they are given is not enough to be effective (i.e., they metabolize the drug more quickly than the population the drug was studied in), or the dose is too high and causes adverse side effects (i.e., they metabolize the drug more slowly than do those from the majority population group the drug was studied in, and the drug builds up in their body). Although differences like these in how people and groups within a population respond to certain drugs have been acknowledged, this heterogeneity may not be adequately recognized by care providers and scientists attempting to target disease treatment towards an individual’s personal genetic profile through personalized or “precision” medicine. DDIs that occur when pursuing more personalized medicine are a particular risk for racial and ethnic minorities, because these groups are often underrepresented in pharmaceutical testing to ensure drug safety.

By increasing participation of racial and ethnic minorities in clinical trials for pharmaceuticals, more data can be gathered to understand whether and how the same drug is processed in the bodies of differing groups of people. However, it is difficult to include enough people of diverse backgrounds in clinical trials to distinguish significant differences in interactions between population sub-groups (e.g., Asians versus African Americans versus people of European ancestry). New big data science approaches could be powerful tools to better understand potentially deadly differences in how people process medications. With more data and information, more details can be included in drug information labels to help physicians and pharmacists prevent harmful DDIs.

A primary challenge to reducing the risk of DDIs is that physicians often lack all of the relevant information about a patient’s use of drugs and other substances, such as over-the-counter medications, supplements, and medications prescribed by other physicians, that could cause DDIs. Another challenge is to get patients to talk openly with their physicians about what herbs or supplements they use at home; herbs and other substances used for traditional medicinal purposes can potentially interact with pharmaceuticals. The largest challenge is to build awareness and resources to identify the potential effects of DDIs. More research is needed to determine the best practices for physicians to be aware of potential DDIs and to address them with their patients. Finally, most clinical trial research is insufficient because it relies on majority population trial participants, and current research studies do not approximate a polypharmacy reality. More research is needed that focuses on differences across social groups in the population, including racial and ethnic groups, in metabolism of drugs, the number of drugs being taken, and the dose being prescribed. We also need to know more about whether DDIs are recognized and considered in community clinics – not just large hospitals – to understand the impact of DDIs on racial and ethnic minorities and other social groups in the United States. 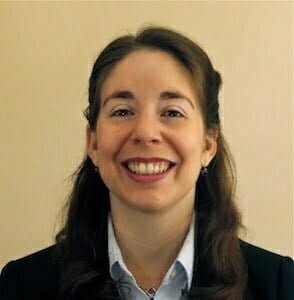