How can individuals care for their health when they don’t have a home, don’t feel “at home”, and when home has different gendered meanings?

The collection of studies taking on these questions for the IAPHS 2018 conference panel House and Home (and Health) were wide-ranging and interdisciplinary, representing a broader literature that considers the ways multiple dimensions relate to health.

Danya Keene, an Assistant Professor at Yale School of Public Health, investigated how moving from homelessness or inadequate housing into a rental assistance program improved health management for at-risk populations. She found that securing stable housing was a great “relief” for her participants with type-2 diabetes, giving them more autonomy to cook their own food, maintain sleep schedules, and store their medications. Further, getting into their own housing allowed participants to adopt healthier diets, alleviate financial stress, and better access their social support networks, all of which helped them better manage their diabetes.

Naomi Thyden, an Epidemiology PhD student at the University of Minnesota School of Public Health working with Associate Professor of Epidemiology Theresa Osypuk, discussed their study about how housing vouchers influence mental health for low-income families. They explored the specific aspects of “home” that change when families get vouchers to move out of public housing. Naomi and Theresa found that low-income families who received vouchers had better mental health because neighborhood and housing conditions—such as physical disorder, safety, and external housing quality—improved when they moved.

Taking a turn from thinking about the meaning of one’s physical dwelling to thinking about the meaning of subjective feelings of being at home, I discussed some of my work about the health of migrants of color moving to predominantly white rural areas. In this work, we learned that small town America presents a difficult structural context for people of color migrating there, one lacking diversity and in which the local population is hesitant about accepting racial difference. In turn, newcomers feel like they are “not home,” a perception that manifests in ways ranging from having to “prove themselves” to feeling unsafe in everyday social encounters. Because they don’t feel “at home,” migrants of color described feeling anxious, mentally taxed, and socially isolated in white rural America.

Finally, Kathy Lin, an Assistant Professor of Sociology at Dartmouth College, took her inquiry inside the home, asking about cognitive function as men and women transition into retirement. Her work filled a research gap which remains limited in understanding the preclinical and social determinants during this life stage. Importantly, she found a “his and hers” retirement, where “returning home” has a protective effect for men who followed a normative labor force pattern, but “remaining home” among women who weren’t part of the labor force related to cognitive declines in their retirement years.

Together, these studies provide a roadmap for improving the health of vulnerable populations by enhancing not only physical shelter (through housing vouchers and rental assistance) but also by enhancing feelings of “home,” such as by making community spaces more inclusive and understanding how home space differently shapes well being for retired men and women. Social scientists and social epidemiologists have long explored how macro-level dimensions, such as cities and neighborhoods, and micro-level dimensions, such as families and small groups, work simultaneously to influence population health. Though these research areas share perspectives, without a unifying conceptual schema, they have thus far remained separate currents in the stream. Bringing together our research — in epidemiology, public health, community and urban sociology, and family sociology — in this panel demonstrated how “home” is a flexible analytic lens that works across levels and disciplines, making it an exceptional framework for sustaining interdisciplinary thinking. 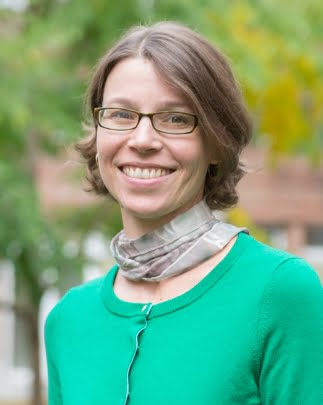 Emily Walton Emily Walton is an associate professor of sociology at Dartmouth College. Her work investigates residential experiences and health among multiple racial and ethnic groups. She aims to add complexity to the way researchers theorize about race and place as our population continues to be shaped by immigration in the 21st century.