Where Is Climate Change in Population Health Education?

Climate change is considered by many people to be the greatest threat to humankind.  Changes to the natural world are coming faster and more furiously than previously predicted: the planet is experiencing the hottest month on record, rain “bombs,” catastrophic hurricanes, and polar vortexes, among other significant events.

The health impacts from climate change are numerous and can affect a wide variety of populations.  Extreme heat triggers wildfires that influence outdoor air quality, increasing ozone and particulate matter, thereby aggravating cardiovascular and respiratory illnesses, like heat stroke or asthma.  Increases in precipitation can cause water-borne illnesses, like E. coli.  Increased exposure to damaging UV rays increases risks of skin cancer and dehydration. Health practitioners often need to respond to patients affected by these extreme weather and temperature events.  With all of these areas ripe for health interventions, how are we preparing the next generation of health practitioners to address these threats, specifically those who work in population health?

…how are we preparing the next generation of health practitioners to address these threats, specifically those who work in population health?

Public health curricula are not unique in their lack of attention to climate change. Medical, nursing, pharmacy, and other allied health professional schools also largely exclude climate change as part of their curricula, despite calls for its inclusion.  Primarily, these calls are coming from healthcare providers (doctors and nurses) and health organizations, but some organizations, like the American Medical Association and the American Nursing Association, recommend via their policy statements that  climate change be included. Columbia University Mailman School of Public Health has launched an initiative entitled “Global Consortium on Climate and Health Education.”  More than 180 schools/organizations have joined this group to share resources and include climate change as part of their curriculum.  But when examining many of the United States public health programs, we find a disconnect between their aspirations and the curricula on their websites, which do not reflect a focus or concentration on climate change.

If “climate changes everything,” then we need to change how we teach health professionals about the impacts of climate change, especially to address the pressing needs of population health.

If “climate changes everything,” then we need to change how we teach health professionals about the impacts of climate change, especially to address the pressing needs of population health.  In the second post of this two-part series, we will consider steps to address this disconnect, how we can adopt a solutions-based approach, and how accreditation can help foster learning about climate change and health impacts.  It is essential for schools and programs to resolve this disconnect by taking action to train the current and next generation of practitioners for climate change readiness in a variety of populations.

Check back soon for part 2 in this series. 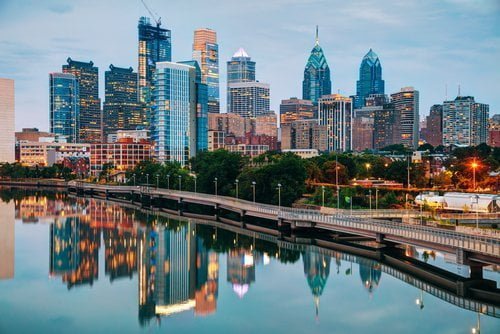 Julie Becker Julie Becker, Ph.D., MPH is the Director of Public Health and an Associate Professor at a small STEM university in Philadelphia. She is the Founder of the award winning, non-profit, Women's Health and Environmental Network, (WHEN), which merged with PSR PA. Currently, Dr. Becker’s research interests include climate change for older populations and removing pharmaceuticals from drinking water. She is an active advocate on women’s health (Planned Parenthood local and national levels, and National Breast Cancer Coalition) and environmental health issues (ANHE, Health Care Without Harm, PSR PA). Previously, she was president of her own consulting firm, with the emphasis of “putting research into practice.” She holds a master’s degree in Science Policy from The George Washington University, a Ph.D. in Public Health and a Master of Public Health in Environmental Health, both from Temple University.