Building the Evidence Base for Firearm Violence Prevention: A New Tool for Firearm Policy Researchers

Many people have difficulty grasping the full extent and impact of gun violence in the United States. Firearms are the cause of death in a large proportion of intimate partner homicides, accidental child deaths, gang violence, mass terror-inspired incidents, police shootings, and suicides. While gun violence may seem concentrated in certain regions of the country, the fact is that every American is affected, whether they live in a diverse urban area or homogeneous rural town. Beyond death and injury, firearm violence takes a toll on individuals and communities that profoundly affects their sense of security and well-being.

In most areas of public health, the challenge for researchers is identifying effective interventions and then executing the best policies to implement them. As recorded in  decades-worth of studies, we have determined effective strategies for reducing both tobacco and alcohol use, and we’ve implemented many policies that lead to better health outcomes. Compared with other areas of public health like these, however, there has been very little conclusive research on best methods of prevention and no consensus on actions to curb gun violence across the country. In addition, mounting political pressure related to gun policy presents a formidable obstacle to the practice of public health. Public discussion over approaches to reducing gun violence has turned saving lives into a political debate, often causing gridlock that prevents any sort of action at the state or federal level.

Public health research on gun violence is not about politics; it’s about saving lives. Strategies to prevent firearm-related death and injury must rely upon evidence-based empirical research, not speculation or political motivation. However, due largely to a lack of federal funding of firearm policy research, only a limited number of studies have evaluated the effectiveness of state gun laws in preventing firearm-related morbidity and mortality. Moreover, no comprehensive resource has compiled state firearm laws over time, limiting our ability to conduct policy analysis.

Thanks to the support of the Robert Wood Johnson Foundation’s Evidence for Action Program, we created a new state firearm law database. Researchers can now examine over 25 years of statutes in each state as they relate to rates of gun violence and associated factors. This will help fill gaps in a field of public health that had previously left researchers without enough data to determine which policies are effective.

For example, a major debate regarding gun violence is whether stronger firearm regulation increases or decreases public safety. This is a critical question in preventing gun violence because the answer could lead to two very different policy paths. Some argue that more lenient policies regarding firearm ownership and possession protect public safety because the presence of firearms deters crime. Others argue that more stringent policies are necessary because the presence of firearms increases crime. With the State Firearm Law Database, researchers now have access to many years of data to respond to this and other crucial questions surrounding the debate over firearm regulation and gun violence prevention.

Although there is a general relationship between a higher number of law provisions and a lower rate of firearm-related mortality, this does not tell us which policies are most effective in reducing firearm violence and which may be ineffective or superfluous. Our database includes 133 different law provisions, providing enough detail on the scope of each law in each state so that researchers can assess not only the general effectiveness of a law, but the importance of variation in the operative provisions of each law. For example, researchers can use our database to examine whether enforcement provisions—such as requirements for the surrender of firearms by people who become prohibited from possessing them—must be included in statutes for them to be effective. They can also investigate whether exceptions in laws—such as allowing private sales of guns without the requirement for a background check—negates their effectiveness.

We chose to make our State Firearm Law Database publicly available because we believe that researchers have a responsibility to make data accessible so that people across all sectors can use it. We hope this will facilitate research to inform the development of more effective policies to reduce firearm violence and strengthen the evidence-base for population health promotion.

Molly Pahn is a research manager in the Department of Community Health Sciences at the Boston University School of Public Health.

Michael Siegel is a Professor in the Department of Community Health Sciences at the Boston University School of Public Health. For more information about Mike Siegel’s work, visit his page on RWJ Foundation’s Evidence For Action program. 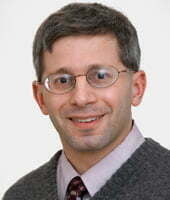 Mike Siegel Michael Siegel is a Professor in the Department of Community Health Sciences at the Boston University School of Public Health.