Want to catch up on the last month of population health news? We’ve got a bunch of reads for you!

Wondering what’s going on around the world?

The campaign to lead the World Health Organization (NY Times, 4/3/2017)

Or how we are faring here in the US? 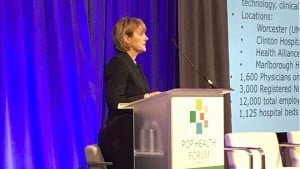 Want to read the latest on insurance companies and population health?

Bare market: what happens if places have no Obamacare insurers? (New York Times, 4/18/2017)

Or hospitals and pharmaceutical companies?

After all this news about the present, do you want to look toward the future and feel inspired?

Social justice should be a key part of educating health professionals (STAT, 4/7/2017)

Pubmed to include conflict-of-interest statements with abstracts (Center for Science in the Public Interest, 4/18/2017)

Did we miss something important? Leave it in the comments! Or do you have a tip for an upcoming roundup? Please send it to blog@iaphs.solidns.com.