Vaccine Hesitancy and Medical Mistrust: What Did We Learn?

When we began our careers as PhD students in public health, we both knew that our research would grapple with questions of equity and access. As Black women of Caribbean descent, we are not immune to the ways equity and access have been denied to an array of populations. However, what we did not anticipate were such large disparities during an unprecedented pandemic. While researchers and media have acknowledged the disproportionate cases and deaths among historically marginalized communities, we hoped that the solutions to these problems would be equal and just. What we experienced as we struggled to make vaccine appointments for our family members in Brooklyn, New York,  and for ourselves illustrates a different story. Instead, we saw institutions create barriers to vaccine access for those who need them the most. Most discouragingly, we witnessed the nation rally around a narrative focused on vaccine hesitancy that placed blame on people instead of systems.

At the end of 2020, as the first COVID-19 vaccines were being administered to healthcare professionals, media and public health experts alike voiced anxieties that the vaccine would not be accepted in Black communities because of medical mistrust. As Black public health scholars, we observed these conversations with a mix of curiosity and trepidation. On one hand, it was exciting to see an acknowledgement of medical mistrust as a response to centuries of abuse of Black and other oppressed people. On the other hand, these conversations fixated on medical mistrust as a relic of abuses past (e.g, Tuskegee syphilis experiments and the gynecological experimentations performed on enslaved women like Anarcha), rather than considering how ongoing injustices like the Flint water crisis and Black maternal mortality crisis continue to give Black people plenty of reasons to be distrustful today.

Most discouragingly, we witnessed the nation rally around a narrative focused on vaccine hesitancy that placed blame on people instead of systems.

Furthermore, attributing low uptake to mistrust obscures barriers to access that are profoundly unequal. Stemming from decades of disinvestment via racialized policies and practices, Black communities often have fewer medical providers and places to access care. More than that, these communities have experienced the cyclical removal of health-promoting resources, and the inclusion of state actors that increase policing, violence, and harm. Taken together, these factors create persisting environments of distrust and underutilization of health services. Conversations about “vaccine hesitancy” that do not acknowledge this context are misguided, and they exacerbate harm.

By not addressing medical mistrust as an ongoing process, attempts at ensuring equity, however well-intentioned, often fall short for residents in these communities. As the New York Times recently reported, Black people have obtained vaccines at half the rate of white people, and there is an even bigger gap for Latinx people. This is not solely due to vaccine hesitancy, but rather a lack of access, which itself exacerbates skepticism of medical institutions.

Black people have obtained vaccines at half the rate of white people, and there is an even bigger gap for Latinx people. This is not solely due to vaccine hesitancy, but rather a lack of access, which itself exacerbates skepticism of medical institutions.

Take for example, the vaccine rollout in New York City. New York City created vaccine hubs in low-income neighborhoods in an early attempt to rectify what was already a visible gap in vaccine access. With  online appointment systems remaining  inaccessible to many people within those communities, vaccine appointments are being taken by people from richer, majority white neighborhoods, who can easily access websites and scour the internet for appointments. In families like ours, younger relatives are coordinating appointments for their older relatives. As public health scholars, we recognize that an equitable vaccine distribution plan cannot and should not rely on access to tech-savvy children and grandchildren. In an effort to help, mutual aid groups, across the city, have worked to increase access for older people and those who do not speak English, but this problem should not have existed in the first place.

Continuously, barriers to access are most notable among those who are incarcerated.  Advocacy groups began demanding decarceration as soon as it was clear that the virus would wreak havoc in overcrowded prisons, jails, and immigrant detention centers. Despite clear public health reasons for vaccinating incarcerated people, a court ruling was necessary to provide vaccines in these settings. These examples show that the people who are most vulnerable to contracting COVID-19 have to overcome additional hurdles to access vaccines because of structural inequities.

Ultimately, every part of the vaccine access process should be analyzed for opportunities for increasing equity.

While the Biden administration recently declared a goal of all adults being eligible for vaccines by April 19, 2021, we must remember that eligibility does not automatically mean access. To ensure people can actually get vaccines, we need to think about systemic changes. In New York City, for example, some vaccination sites have periodically stayed open for 24 hours, so that people who work during the day can access their appointments at night. For vaccines to be really accessible, some sites should consider walk-in hours, where people can receive the vaccine that same day. The logistics of handling walk-in vaccinations while maintaining social distancing are daunting. But this is a crucial way to reach people who cannot use an online appointment system or have unpredictable work schedules. Recognizing that systemic racism creates worse health outcomes for Black people at younger ages, experts have recommended changing age-based eligibility criteria so that Black people have a lower age requirement for the vaccine. Similarly, while requiring proof of residence is a way to ensure that vaccines go to people within that jurisdiction, it is worth asking whether this requirement poses an additional barrier. States with large populations of college students have done away with residency requirements, and it is worth considering how that might make vaccines more accessible.

Ultimately, every part of the vaccine access process should be analyzed for opportunities for increasing equity.

If we have learned anything from these conversations about vaccine hesitancy and vaccine access, it should be that vaccines and other public health measures will never be equitably available as long as systemic racism exists. The disparities that we have witnessed throughout the COVID-19 pandemic—in mortality, morbidity, testing, and vaccinations—are indicative of centuries of oppression. Distrust of these systems and institutions reconstitutes every time a public figure promises equity in a public health effort but does not deliver.

As we get into the next phase of this pandemic, we should apply these lessons to all fields of public health, from reproductive health to primary care. If we forget what we learned during these trying times, we will continue to exacerbate the inequities that we have seen during this pandemic. 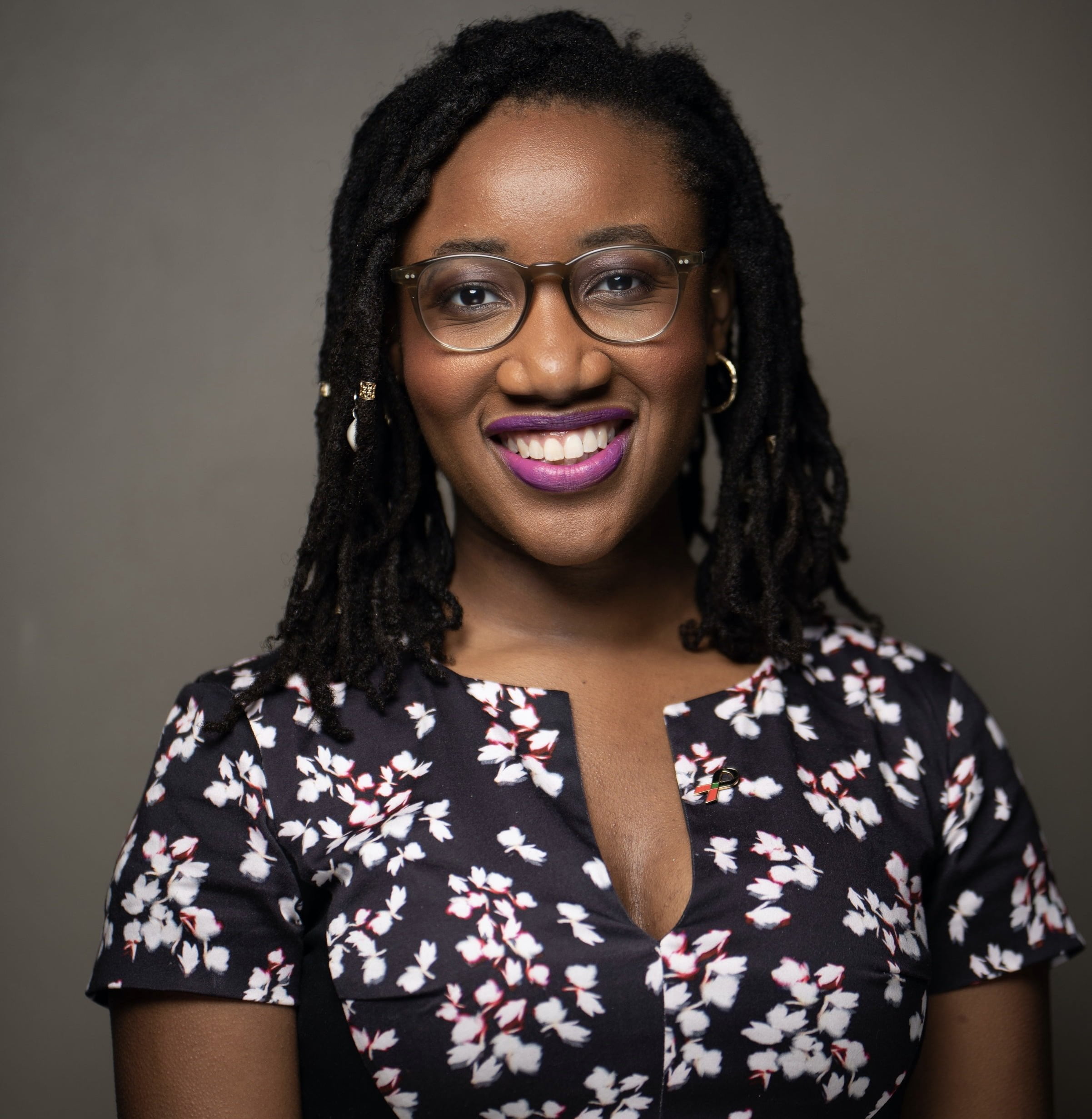 Marie-Fatima Hyacinthe Marie-Fatima Hyacinthe is a first year PhD student in the Social and Behavioral Sciences program at the Yale School of Public Health. Guided by her professional background in HIV advocacy, Marie-Fatima takes a justice-oriented approach to public health. She is interested in melding frameworks of critical race theory and Black feminist theory with her research. 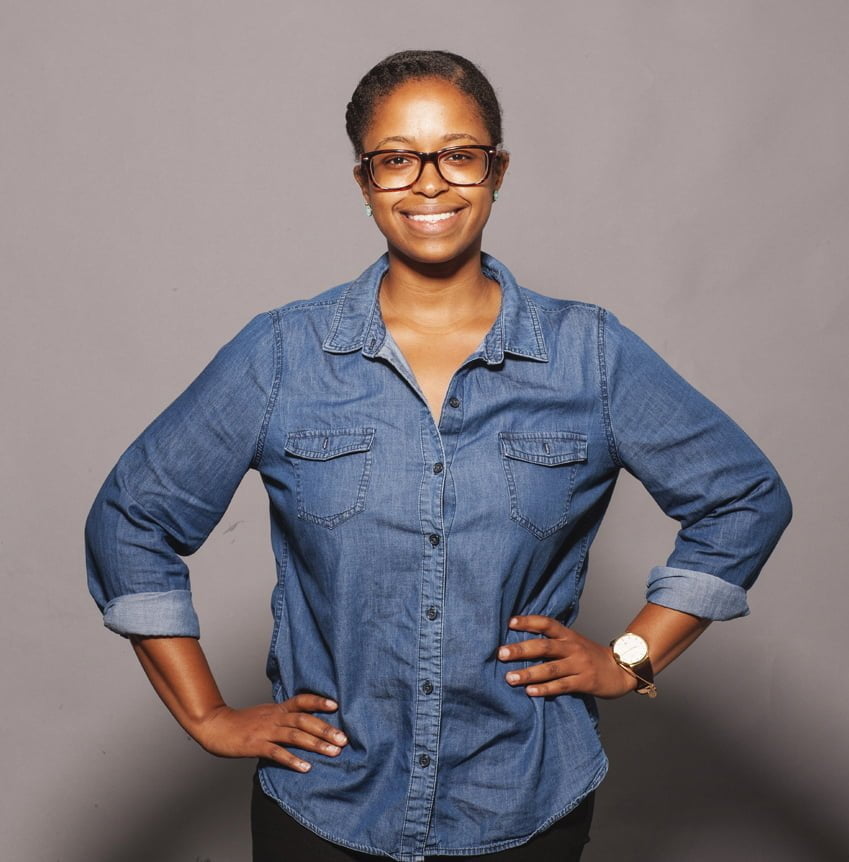 Shannon Whittaker Shannon Whittaker is a third-year doctoral candidate in Social and Behavioral Sciences at the Yale School of Public Health. Her research interests lie at the intersection of place, race, and history; examining how social, structural, and political processes impact the health of marginalized communities of color. Through a historical lens, she hopes to evaluate how systemic forms of racism, discrimination, and dispossession have evolved and how these systems of oppression affect neighborhoods.