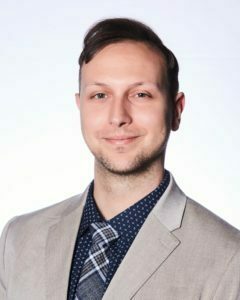 James Buszkiewicz is a fourth-year doctoral candidate in the Department of Epidemiology at the University of Washington and research assistant for the Seattle Obesity Study III and Moving to Health study. Prior to pursuing his doctoral degree, James received his Masters of Public Health from Boston University. James also served as the Nutrition, Physical Activity, and Obesity Epidemiologist at the Massachusetts Department of Public Health for three years where he focused on the evaluation of the Commonwealth’s healthy eating and active living programs such as Mass in Motion and the School BMI Surveillance Program. James’ current research focuses on role that social and income policies, such as state minimum wage laws, play in health and health behavior.