The conference connected scholars from diverse disciplines such as medicine, sociology, psychology, epidemiology, and economics. It also brought together researchers with public health practitioners and community groups who can use research to improve health outcomes and the social determinants of health in U.S. communities.

Keynote speaker, Susan Dentzer, CEO and president of the Network of Excellence in Health Innovation and a health policy contributor to PBS NewsHour, discussed how scientific evidence could and should be used to influence programs to improve population health.

“There isn’t a natural venue for population health scientists from different perspectives to share research and build new interdisciplinary collaborative projects. Even when collaborations occur, dissemination of findings is often limited to outlets that target specific disciplines or only academic audiences,” she explained. 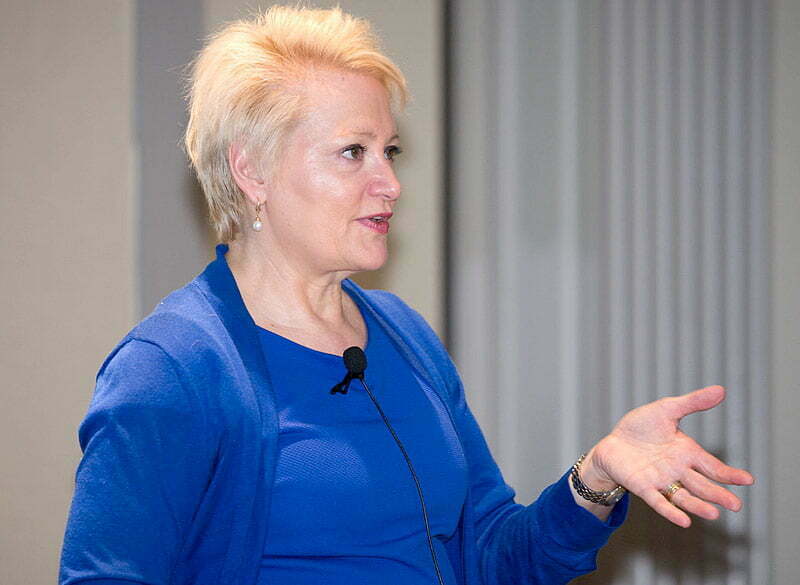 Other speakers included experts from all over the country, such as Dan Fagin, author of “Tom’s River: A Story of Science and Salvation”, and Abdul El Sayed, executive director of the Detroit Health Department. The full conference agenda is available at http://ipsr.ku.edu/pophealth/agenda.shtml.

The conference was organized by a planning group headed by Dorothy Daley (University of Kansas) and Michelle Frisco (Penn State University), and is a collaboration of Penn State’s Population Research Institute, the Institute for Policy and Social Research at the University of Kansas, and the Interdisciplinary Association for Population Health Science.  It is the second in a series of three conferences funded by the Robert Wood Johnson Foundation.

IAPHS Strategic Planning: How Can We Better Connect Research and Action?