Member Of the Month: Devon Payne-Sturges

June’s Member of the Month is Devon Payne-Sturges, Associate Professor with the Maryland Institute for Applied Environmental Health at the University of Maryland School of Public Health. She also holds a joint appointment in the Department of Epidemiology and Biostatistics. She can be reached at dps1@umd.edu

Could you tell us a little bit about yourself, your discipline, institution and training background?

Originally, I trained as an environmental and civil engineer. Then I first worked for a couple of years in environmental engineering consulting.  I did not like it because there really wasn’t much connection between why and how we do things in terms of the impact on people.

Once, as a junior staff member, we were assigned to visit a particular industry where there were some concerns about occupational exposure to some hazardous chemicals. so  bizarre: we were walking around with protective equipment on and collecting air samples and whatnot and their workers were all around, asking what’s going on, and we were told we weren’t allowed to speak with  the workers. I thought that was terrible.  So, I decided, I don’t think this kind of environment is really right for me.

I then spent some time outside of the country.  I worked in Nigeria for a couple of years. I worked with a sociologist who was interested in understanding the environmental conditions in these squatter settlements that he was working with. I think that’s where I had this realization about connecting with people and their environment and what that means for their health, and also having more of that engagement with people who are actually impacted by these conditions.

When I came back to the US, I worked for an environmental nonprofit, and at that time my immediate supervisor was finishing his doctorate in public health and environmental health sciences, and he was such a really terrific mentor, and encouraged me to pursue an MPH. That’s how I got into the whole public health arena and never looked back.

A lot of times when we interview people, they’ve had a traditional academic career.  So we’d love to hear you know how your experience has been inside academia and outside of it.

Right before I joined the faculty at the University of Maryland I was working for the US Environmental Protection Agency, and I had been there for about 12 years.  One of the things that was a really big challenge for me, making that transition, was how to structure my time.  That might sound kind of odd. But when I was working for EPA I had a very structured schedule, and there were always meetings, meetings, meetings, and things happening.

Then you get here and it’s really up to you how you’re going to manage time.  I was so used to having other people telling me, “Oh, you need to be here, or be there for this meeting, or for that activity.” It was a little bit difficult figuring out how I would make this work!  And the first semester I didn’t have to teach and so it was totally wide open.

The benefit of working in the Academy is that you are free to pursue your ideas and you’re free to think about all kinds of amazing things, whereas that’s not necessarily the case and governmental set setting.  I had to learn that I do have a voice, and that I can use it, and I can say things, whereas when you’re working for a Federal agency you really have to be a little bit careful because you’re forever representing that agency.  I wasn’t used to that kind of freedom and so I had to get used to that, but then I realized, Oh, this is kind of cool!

Tell us about what you’ve been working on, and anything you’re going to work on in the future.

When I was with the EPA, some of the things that I was really interested in and worked on included environmental injustice, health disparities, children’s environmental health, and the role of policy making to address these things. One of the themes across those areas is this concern about being exposed to multiple pollutants or chemicals in the environment and what does that mean if those exposures are also happening within a socially disadvantaged context.  This is termed cumulative risk or cumulative impact.  What does it mean if you’re exposed to both chemicals and so-called non-chemical stressors?  Why is it that our regulatory agencies are not taking those multiple exposures  into consideration when they’re making policy decisions? This remains a major interest of mine. I brought that forward into my research here at the University of Maryland, and I’m trying to approach it from a different perspective.

I don’t know how much you’re familiar with what is known as the environmental health paradigm, a conceptual framework that looks at how environmental pollutants or hazards negatively impact human health. This paradigm does not include the social environment, and not only that, it just automatically assumes that if there’s some kind of chemical or hazard in your environment in your neighborhood, it’s just there, and that leads to some kind of exposure which could lead to some kind of internal change, which then could lead to some kind of health effect.  The paradigm doesn’t allow you to ask, “Well, why is that hazard there in the first place?”  That’s why I’m interested in moving even further upstream to understand why these things are happening and why these things are happening in particular communities.

This really is what led me to do this collaborative thinking around this issue and developing a different kind of framework that is multidisciplinary.  I have a publication I worked on while I was at the EPA in 2004, with a colleague Dr. Gilbert Gee. We  combined what we know from environmental health sciences about how environmental hazards impact health  with and . social science aspects regarding   inequities in health.  We developed and published this framework  that brought theories from environmental health sciences and social sciences  s together in Environmental Health Perspectives in 2004. We called it the Environmental Health Disparities (EHD) conceptual framework and it  continues to serve as a foundation and roadmap for my research. Specifically I’ve been very interested in this approach of system dynamics modeling as a way to operationalize those concepts in the EHD framework , which is the ability to bring in streams of evidence from across multiple disciplines, and understanding the how and why these inequities are happening in environmental health.

For those of us who are not familiar with systems modeling, could you give an example of what that would look like?

Perhaps some folks are familiar with this concept of systems thinking. It is the ability to see the linkages between what seemed to be isolated events or isolated pieces of information,  and to recognize that these things are connected in a system, and that we can no longer think about risk factors as as causal factors in a linear fashion, but that there can also be feedback relationships between factors that we call reciprocal causality.  These characteristics are common with regards to complex problems.

Our training tends for us to want to reduce things, to make things less complicated or less complex, whereas systems modeling is really all about embracing that reality.  In particular system dynamics provides the tools by which you can really interrogate a complex problem.

What advice would you give to interdisciplinary scholars?

I don’t know if this is just going to resonate, but I’m drawing from an experience of an interdisciplinary collaboration that I recently had, and am still working with, and that is, spend the time. Spend the time reading the literature and understanding the literature from those other disciplines.  And then from there, taking the time to develop a common language, so that you can work really efficiently together.  I’m saying this as a result of a collaboration I had on a research project with a colleague of mine who is trained as an anthropologist. We were able to apply more qualitative research methods to the topic of cumulative risks and cumulative impacts, which is just a huge interest of mine.  Instead of coming at it from a traditional  environmental health sciences perspective, like measuring pollutants in the environment, we collaborated to do some interviews to better understand how people are interacting with that evidence. Why is it so difficult for policymakers to pursue some kind of action or intervention to address these issues?

It was a terrific project, and I learned so much about ethnographic methods, and my colleague learned about what’s happening on the environmental health side.  But we had to take the time to ensure that the language that we were using as we were working together was making sense to both of us, because you could imagine how I could use a term and think I mean one thing, but the other person is hearing it from their perspective, and hears  something completely different.  It was so important that we really just take the time to better understand each other’s disciplines and then create our own way of sharing the language that we would use between the two of us as we were working on the project.

How long have you been a member of IAPHS? What brought you here? What do you like about it?

I’ve been a member for about a year and a half.  I’m really inspired by the multiple ways one can look at a problem, that is, how different disciplines can contribute to understanding a problem, and IAPHS is all about that.  IAPHS fosters those linkages across disciplines and develops collaborations between researchers who are bringing their different disciplines together. From my perspective, the focal point of IAPHS is addressing these health inequities, so I think that’s what’s really exciting about this organization

Thank you so much for speaking with us, Devon! Where can we learn more about you?

Thanks for having me! You can email me at dps1@umd.edu. I also have a website: https://www.devonpayne-sturges.com/ 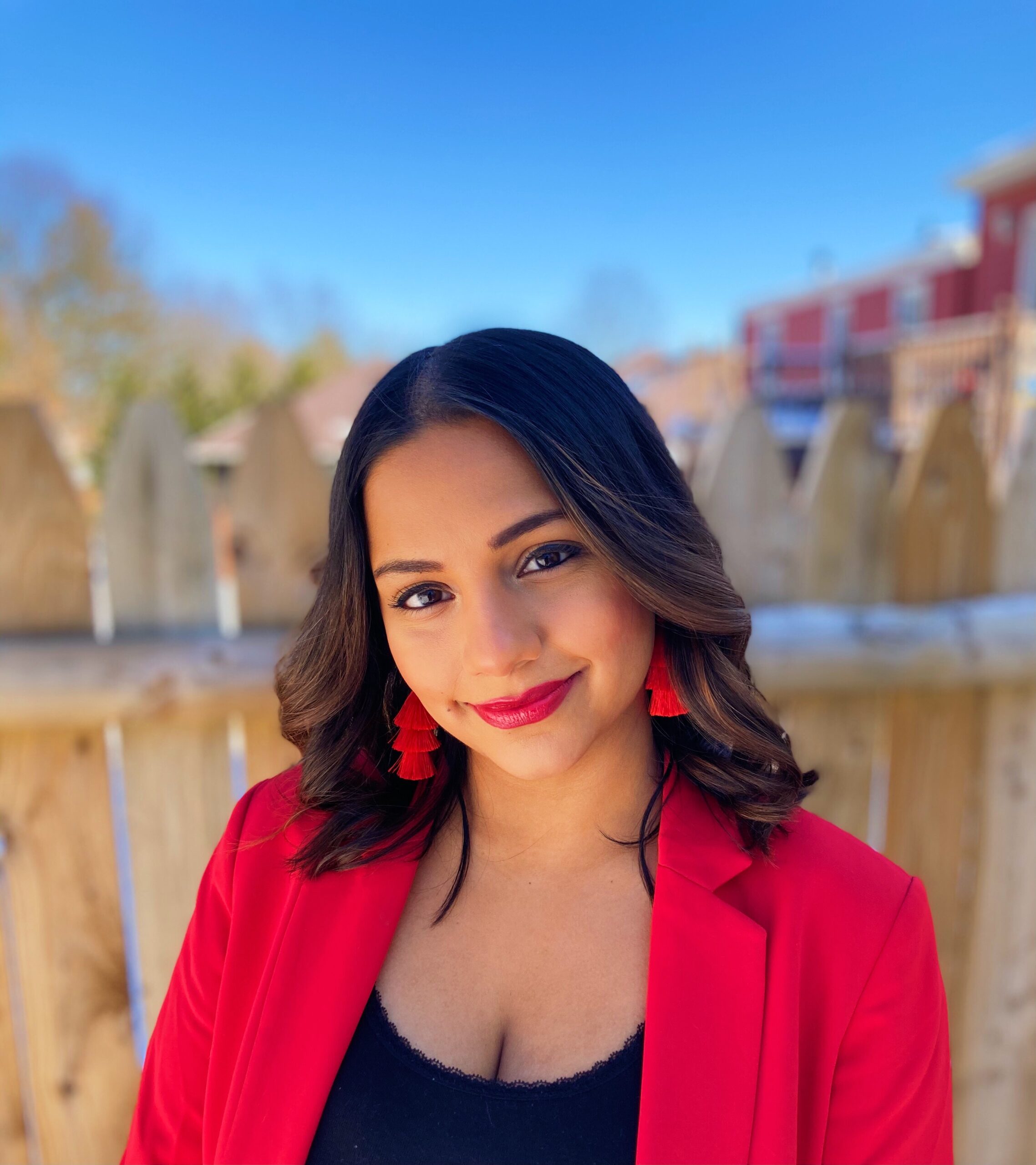 Sameera Nayak Sameera S. Nayak is a Population Health PhD candidate and a graduate researcher at the Institute for Health Equity and Social Justice Research at Northeastern University. She earned a BA in psychology from UCLA and an MA in clinical psychology from Columbia University’s Teachers College. She uses mixed methods to study the social and political determinants of health and health inequities, and has conducted research globally in East Africa as well as domestically in the US. Her dissertation explores the impacts of immigration status, perceptions of the immigration policy climate, and contextual factors on domestic violence experiences, preterm birth risks, and mental health outcomes of immigrant women in the US. Sameera is an incoming Assistant Professor of Public Health at the University of Maryland, Baltimore County.

Member of the Month: Kiana Bess

Member Of the Month: Thu Nguyen

Member of the Month: Danielle Denardo