How Does Political Advertising Shape Discussions of Population Health Issues in the United States?

As we approach the 2020 U.S. presidential election, Americans will again be inundated with ads from political candidates vying for federal, state, and local offices. A recent study reveals the extent to which these advertisements engage with population health-related topics, how these topics have evolved over time, and how where you live has a major impact on the issues being discussed.

The 2020 U.S. Presidential election cycle is well underway. Election season starts earlier every cycle, as national candidates stake out issue priorities and policy positions that differentiate them from a crowded field and identify what they believe are the most important problems to address.

Amid this intense focus on national politics, it is easy to overlook the way candidates for state and local offices are also raising issues that they see as both relevant to their local constituents and as a competitive advantage in upcoming elections. Population health-related issues are likely to be a part of these discussions at all levels of political office, though prior research has left us with a very limited understanding of how political actors communicate about health-related topics in their advertising.

While political campaigns are increasingly using social media to reach potential voters, paid television advertising remains a primary vehicle for candidates for political office to convey both their values and their policy positions. The Wesleyan Media Project (WMP) has long tracked the volume and content of televised political advertising for federal and state gubernatorial elections. However, the content of political advertising for state legislative and local elections (city councils, mayors, etc.) has not been systematically analyzed, leaving a void in our understanding of the broader public information environment surrounding population health-related issues in the U.S.

Our research team sought to address this knowledge gap by analyzing health-related content in a comprehensive database of English-language political advertising on broadcast television and national cable, at all levels of office, in the 2011-2012 and 2015-2016 election cycles. Our work, using data from Kantar Media/CMAG, was published in a recent issue of The Milbank Quarterly. Below we summarize a few key points from the article and reflect on their implications for strategic efforts to improve population health in the United States.

Any estimate of the frequency of population health-related mentions of course depends on how one defines “population health-related.” Traditional, narrow conceptualizations of what is within the purview of public health would include  health care policy, medical care, emergency preparedness, health promotion, and living/working conditions. Over a quarter (26%) of all political ads across both election cycles made mention of at least one of these topics.

If we broaden our definition of “population health-related” to include social determinants of health (education, poverty, and employment), issues of power and marginalization (discrimination by race, sex, gender, or sexuality; incarceration, etc.), gun violence, sexual violence, and environmental issues like climate change, however, over half (57%) of all ads mention at least one population health-related topic. However, almost none of the ads that focused on these broader determinants of population health make any explicit link between them and health outcomes. Candidates, parties, and outside groups either (a) don’t recognize these connections, or (b) don’t believe that communicating about them in their advertising is an effective way to gain support among voters.

Comparing the two election cycles reveals stark differences in the focus of political advertising around population health-related issues. The 2011-2012 election cycle was characterized by an intense focus on unemployment (over 40% of all ads) and health care (over 10% on the ACA / Obamacare and over 13% on Medicare). The 2015-2016 election cycle spent less time on these topics in relative terms (21% of ads focused on unemployment; less than 5% focused on the ACA or Medicare) but focused greater relative attention on social issues that have not traditionally been within the purview of public health, like gun policy, domestic/sexual violence, and criminal justice and incarceration policy. Ads related to these topics were very rare in the 2011-2012 cycle but increasingly prevalent in 2015-2016 (4.7% on gun policy; 3.6% on domestic or sexual violence; 7.5% on crime / incarceration). While ads almost never linked these issues to healcth, increased attention to them does suggest that these social determinants have begun to enter public discourse as issues worthy of governmental attention.

One of the most striking findings of the analysis is the vast geographic variability in the availability of political advertising about population health-related topics. Some communities were exposed to a very large volume of political ads in 2015-2016 about specific health determinants, while some received very few ads on these topics at all. Take, for example, the topic of power and marginalization (discrimination by race, sex, gender, or sexuality; incarceration, etc. – see Figure below). Some areas of the country saw almost no political ads on the topic (those shaded in white), while some saw intense coverage of these topics (those shaded in dark purple – like much of Arizona, Nevada, North Carolina, and selective media markets in Pennsylvania, Ohio, Illinois and Missouri).

Why does this matter? Research from communication and political science tells us that the mass media help to set the public and legislative agenda for what to think about. They also provide language, attribute causes, and propose solutions that also tell the public and policymakers how to think about them, and what they should do in response. A greater understanding of what types of messages people in various parts of the country are likely to have been exposed to can help us to understand why we see such stark variability in perceptions of what issues are important to address, and how communities should go about addressing them. We can also use these data to understand the community factors that predict political advertising attention to various topics, thus answering questions about whether candidates for political office respond to community needs (addressing high rates of unemployment in a particular community, for example) or speak to national issues that are largely unrelated to local problems. Continued monitoring of the patterns of political advertising can also help population health advocates and researchers to identify key gaps in the public information environment regarding some of the most important factors shaping human health.

This post describes results of research recently published in the following article: 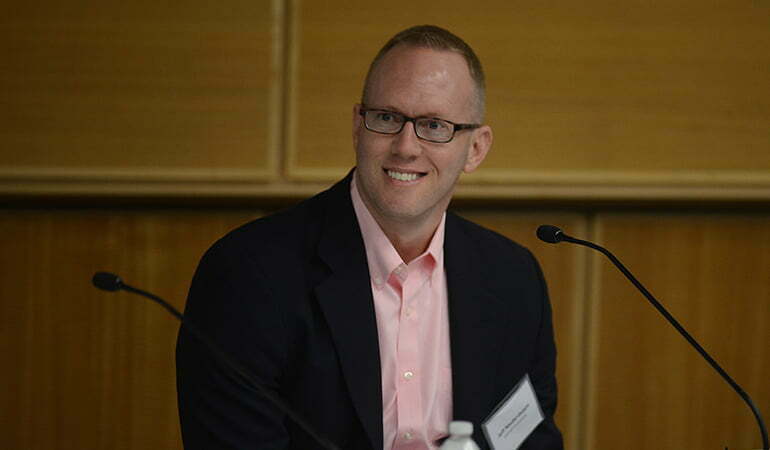 Jeff Niederdeppe Jeff Niederdeppe is an Associate Professor in the Department of Communication at Cornell University. His research examines the mechanisms and effects of mass media campaigns, strategic health messages, and news coverage in shaping health behavior, health disparities, and social policy. He has published over 120 peer-reviewed articles in communication, public health, health policy, and medicine journals, and his work has been funded in recent years by the National Institutes of Health, National Science Foundation, Department of Agriculture, Environmental Protection Agency, Robert Wood Johnson Foundation, and Town Creek Foundation. 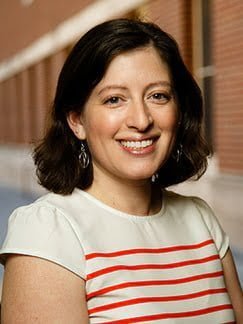 Sarah Gollust Sarah Gollust is Associate Director of Curriculum of the Interdisciplinary Research Leaders program, a national program that supports community-engaged health equity research funded by the Robert Wood Johnson Foundation. She is also Associate Professor in the Division of Health Policy and Management, University of Minnesota School of Public Health. Her research examines the influence of media and public opinion in the health policy process, the dissemination of research into policymaking, and the politics of health policy.

Erika Franklin Fowler Erika Franklin Fowler, PhD, is an associate professor of government at Wesleyan University where she directs the Wesleyan Media Project, which tracks and analyzes political advertising in real-time during elections. Fowler specializes in large-scale analyses of political communication – local media and campaign advertising in particular – in electoral and health policy settings, and her interdisciplinary work on the content and effect of messaging has been published in political science, communication, law/policy, and medical journals. 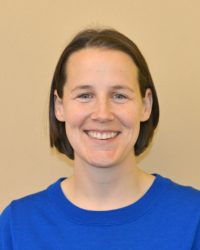