A few weeks ago at the IAPHS conference, three collaborators and I presented our recent work building a COVID-related science communication platform, Dear Pandemic. Dear Pandemic is a social media campaign aimed at helping people navigate the overwhelming amount of information available on social media. We are an interdisciplinary team of 13 PhD- and MD-trained women across many scientific disciplines including nursing, family medicine, immunology, economics, health policy, demography, and epidemiology. We curate science-grounded information for a general audience and disseminate it on Facebook, Instagram, Twitter, and our own website.

Like everyone else in the United States, I woke up on Monday, March 2, 2020, to a world in crisis. A highly infectious and novel virus related to SARS had already spread across at least five continents, the state of Washington was at the beginning of the first major outbreak in the United States, and it seemed that no one had any idea what was going on.

Before COVID-19, I didn’t study pandemics.  I studied the spread of old viruses in populations—the ones that have been around long enough to have well-established childhood vaccination programs. More specifically, I study how the contact patterns of human beings—the paths we scribe as we move from our homes to schools to soccer practice to places of worship—come together in complex ways and can create pockets of susceptible people even in the presence of generally high levels of immunity.

My expectation that first week in March was that emergency pandemic response plans would be triggered, that my great country would direct its resources at this challenge, and that we would win. Quickly. It was clear that there was a problem with not enough testing, but having seen testing come online quickly elsewhere in the world, I fully expected this to resolve by the end of that week.

I started getting emails from people I knew, mostly about whether to cancel Spring Break plans—which seems almost funny at this point. On Thursday morning, March 5th, I wrote a long email to my friends and family. It was a little bit situation report and a little bit epidemiology 101. My message was immediately sucked into the vacuum of information and went—forgive me—viral. It was ultimately viewed by hundreds of thousands of people and published as an opinion in USA TODAY.

“Some emailed to say I was a lunatic. Some people were themselves acting like lunatics.”

Many more emails started rolling in. People were asking about risk. About their own risk factors. About medical conditions. About kids, adults, grandmas, teachers, mothers, and dogs. Some emailed to say I was a lunatic. Some people were themselves acting like lunatics. People emailed angry comments (specifically for advice I gave about wearing masks—already a touchpoint). Mostly, people wrote to thank me for being a calm voice in a storm of media panic. My message left the impression that science was prepared to handle this.

Dr. Alison Buttenheim, a longtime collaborator in the vaccine acceptance space, was also taking a lot of queries. In late February, her department at the University of Pennsylvania had asked her to take point on media inquiries about the virus. That weekend we connected by phone and joked about our newfound “fame.” A mutual acquaintance posted that whatever else he was hearing, he was going to listen to those nerdy girls—Alison and Malia. We laughed that Dr. Oz would be calling next.

While I was taping Dr. Phil, Alison’s colleague Dr. Ashley Ritter of Penn suggested that she put her advice on a public page. On March 11th, Alison stood up our Instagram page, and the Facebook page followed soon after. We recruited help, reaching out to women in our personal networks who were also fielding questions and sharing updates about COVID-19 on social media, with the idea of forming a co-op. By working together, we wouldn’t have to address every question singly–we could refer to what someone else had written in a centralized space. Lives  were being disrupted in ways that reached well beyond the expertise of epidemiology. We needed many disciplinary perspectives to respond.

By the end of March, were also on Twitter. Our team of Nerdy Girls wrote 2-3 posts a day across the three social media platforms, with each of us taking a couple  shifts a week. We had no formal organizational structure. Everyone picked their own topic, and topics ranged from denominators to parenting advice. Everyone wrote and researched their own stuff. It was good. It was grounding. It was keeping me sane. It seemed like it was keeping our followers sane, too. Our readership grew steadily.

Today we are an interdisciplinary, all-girl team of 12 researchers and clinicians with areas of expertise including nursing, mental health, demography, health policy, economics, family medicine, immunology, and epidemiology. We rely on an amazing team of volunteers, consultants, and student employees to help us get our message out.

We have posted well over 500 essays on how to live safely and sanely during a pandemic, and we’ve done hundreds of interviews with the press. We’ve spent untold hours in our Slack workspace, backchanneling and learning from one another’s diverse disciplines and lived experiences. I don’t know what these last months would have looked like without the team of people who make up Dear Pandemic. It doesn’t bear thinking about.

I remember an initial project team meeting where we laughed and got to know each other and discussed the idea of sunsetting Dear Pandemic by August 2020. In early April, we still expected there to be a rapid increase in testing capacity and then a success story of the United States detecting case clusters and doing outbreak suppression. We would flatten the curve and be done with this whole mess sometime in early summer 2020. We’d be getting back to “normal life.”

At this point, I think most of us recognize that there is no return to what we used to consider normal life. I’ve stopped leading with “this isn’t my field,” because that’s no longer true. Now, I study pandemics, infodemiology, and applied science communications.

Of all the (many) things I have learned this year, primary among them is a renewed appreciation for the need to put population studies at the center of the conversation. A pandemic, and our response to it, exist at both the population and the individual levels. Individual people are getting sick. Individual people are receiving experimental treatments, grieving their loved ones, and engaging in daily decisions to manage their risk. But that is not a pandemic. A pandemic is—literally—how those individual experiences aggregate up to the population level.

“Our expertise as population health scientists is desperately needed in the world right now. We are needed to bridge the gap between the individual and population levels and engage the general public—whose thinking is very much at the individual level, at least in the United States and Europe—in the activities necessary to stop the pandemic.”

This is one of my biggest takeaways from my work over these last few months: Population-level infectious disease dynamics are a very challenging idea for most people, even many well-respected experts whose work is not explicitly population health science. Populations are abstract, and the outcomes of prevention are invisible. Our expertise as population health scientists is desperately needed in the world right now. We are needed to bridge the gap between the individual and population levels and engage the general public—whose thinking is very much at the individual level, at least in the United States and Europe—in the activities necessary to stop the pandemic.

To give a concrete example, when a vaccine becomes available, it will be up to individuals to make a decision about getting it, yet we cannot achieve herd immunity at the individual level. Herd immunity is entirely a population-level phenomenon, with no manifestation in individual people. As people weigh that decision, they need informed advice. 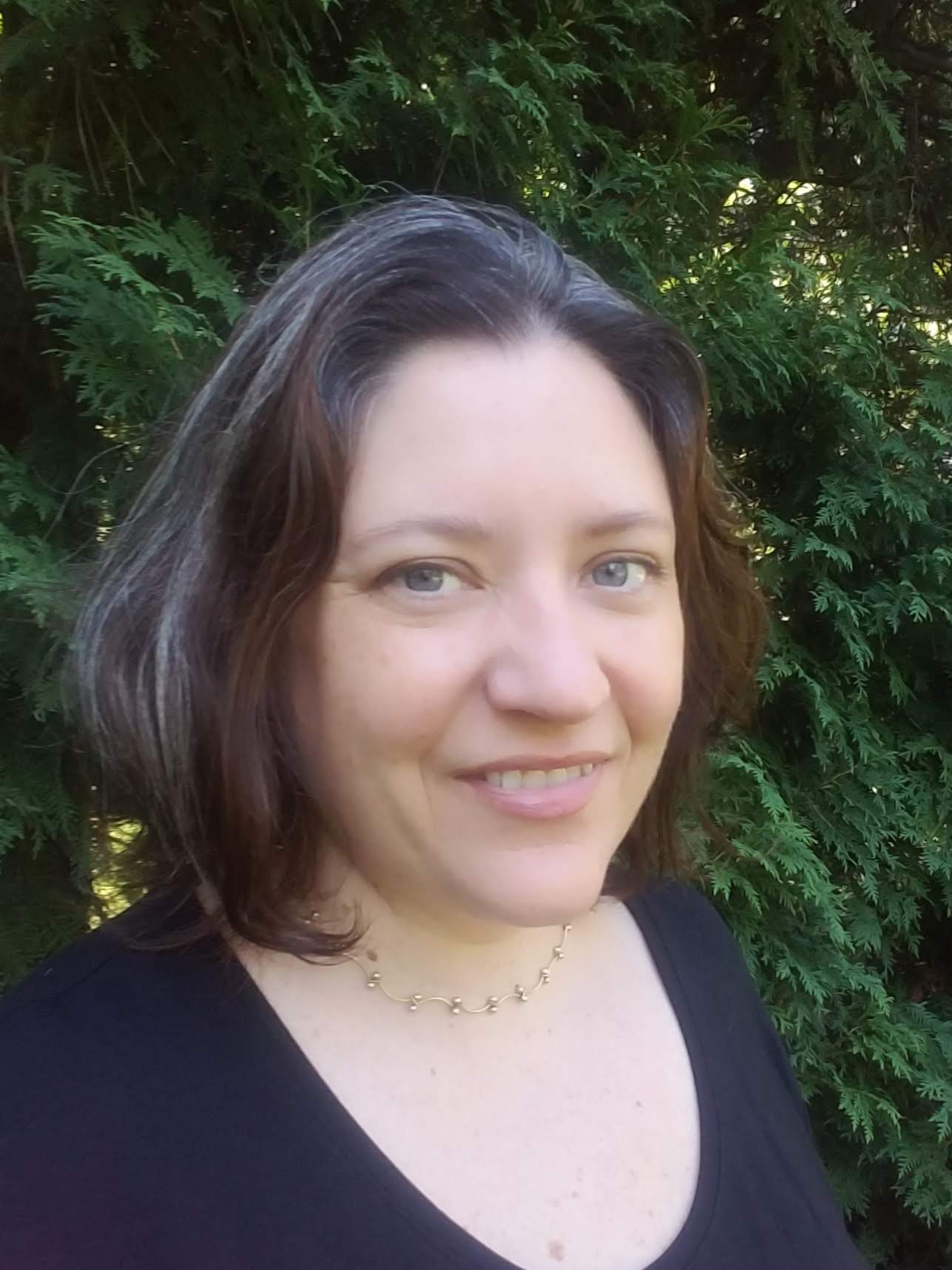 Malia Jones Malia Jones is an interdisciplinary researcher working at the intersection of infectious disease and social epidemiology, demography, and geography. She is an Associate Scientist in Health Geography at the University of Wisconsin-Madison Applied Population Laboratory, where her work focuses on how the places we spend time affect our health, especially spatial clustering of infectious disease and vaccines. She is also the co-founder and Editor-in-Chief of Dear Pandemic. Her current research program is funded by the National Institutes for Allergies and Infectious Diseases (NIAID). She received a MPH and a PhD in Public Health at UCLA, and completed postdoctoral training at the University of Southern California’s Keck School of Medicine. Her work has been published in journals including the American Journal of Public Health, Health Affairs, and Demography. She is a maker, a mom to two boys, and she loves David Bowie.