Sean Valles makes an important contribution to unpacking and advancing the conversation about population health in his recent volume, Philosophy of Population Health (Routledge, 2018).  His book touches on an array of population health topics, including the historical development of population health science, the implications of population health approaches for the meanings and methods brought to research and practice, and issues of ethics and equity.  Each of his chapters contains a brief case study to illustrate his arguments. This post is an adaptation of a review of the volume recently published in the American Journal of Preventive Medicine; readers are encouraged to visit the full review for a more detailed account of the book’s many strengths.

Valles portrays population health as a big tent, collaborative movement to update and expand approaches to improving health and making its distribution more equitable. In teasing out the principles that underlie the population health enterprise Valles emphasizes dominant themes such as a concern for health equity, the need to address the upstream causes of health, and a vision of health as “inextricable from social context” (p.68) and evolving over life course.

As an example of the book’s contributions, Valles does a superb job of analyzing the implications for these themes for causal concepts and methods.  He argues that traditional one-cause, one-effect models must be abandoned in favor of models that can account for “fundamental causes,” such as poverty and stigma, which have predictable effects on health but may operate through variable pathways. This forces a reckoning with the idea that randomized trials are the gold standard of evidence.  Because health plays out in heterogeneous contexts that cannot typically be subjected to experimental manipulation, population health studies must rely on a broader range of methods for causal analysis. The heterogeneous contexts and causal pathways inherent in population health also help to explain why experimental designs may fail to replicate.

Valles challenges the dominance of medicine and the paternalism of public health in national health efforts, calling for community engagement and empowerment in addressing health problems as well as multi-sectoral approaches.

Valles challenges the dominance of medicine and the paternalism of public health in national health efforts, calling for community engagement and empowerment in addressing health problems as well as multi-sectoral approaches.  He argues that addressing the upstream determinants of health does not imply that issues like education, transportation systems, and policing become the business of doctors and public health officials, as some critics have protested.  Instead, medical and public health professionals need to contribute in ways that are complementary and mutually reinforcing to the activities of other sectors.  He calls for “epistemic humility” to enable non-hierarchical collaborations across disciplines and sectors.

The history and philosophy that Valles advances mainly reflect an epidemiological or public health perspective.  As a social scientist, one of the things that draws me to population health is the opportunity to share the tent with multiple different disciplines, including but not limited to those in public health. This diversity is why epistemic humility is so vital in population health – no one discipline has all the answers.  Though Valles recognizes this, his account could be expanded by including foundational work in demography and other fields. While Valles gives due recognition to the social science scholars who brought us life course theory and fundamental causes – both key concepts in his approach – incorporating social science (and other disciplinary) perspectives might also have implications for how the philosophy of population health is presented (e.g.studying upstream determinants such as contexts and communities, inequality, and policy).

This diversity is why epistemic humility is so vital in population health – no one discipline has all the answers.

All authors rely, to some extent, on their own training and background as they approach their subjects. Valles frankly acknowledges that he leaves many aspects of population health unexamined.  When we set out to characterize an enterprise as broadly collaborative as population health, however, I wonder if it is possible or even desirable for one individual (or individuals from a single discipline or sector) to undertake defining the whole.  Perhaps we need more contributions that reflect the integration of multiple disciplinary perspectives. That said, Valles has crafted a thoughtful volume that provides an excellent foundation for continuing conversations about what population health can and should be.

Valles is a philosopher of science and a recently recruited member of this Blog’s Editorial Board. The development of this post predates his appointment. 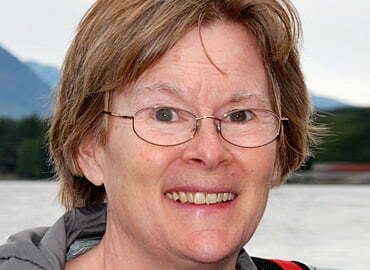