Beyond Deaths of Despair: Midlife Mortality from Multiple Causes Rising Across All Racial Groups

Recently, we talked to Dr. Steven Woolf, IAPHS member and professor in the Center on Society and Health and the Department of Family Medicine and Population Health at Virginia Commonwealth University. Dr. Woolf and his team just published a study that shows that midlife mortality rates in the US—which for decades had been decreasing—are now increasing. The study examines the causes of this disturbing health reversal and shows that the crisis is impacting every racial group. This suggests a systemic cause, likely the social determinants of health and the public policies that shape them.

IAPHS Blog: Can you describe the study methods for us? What is unique about it?

Woolf: We examined US vital statistics data from 1999 through 2016, studying year-to-year trends for more than 100 causes of death. We compared these trends across five racial-ethnic groups: Hispanic Americans and non-Hispanic whites, blacks, Asians, and Native Americans. Several things made this analysis unique: we examined causes of death at a more granular level of detail than other studies, specifically measuring year-to-year trends for each cause all the way through 2016, and we looked for possible racial/ethnic heterogeneity–that is, how the trends vary by race and ethnicity. Prior studies had examined far fewer causes, often focusing on “deaths of despair” (e.g., drug overdoses, suicides), whereas our study included dozens of organ diseases, such as diseases of the heart, lungs, and digestive systems. Prior studies had focused attention on surging deaths among middle-aged whites, leaving the impression (and sometimes stating explicitly) that death rates were not increasing among black or Hispanic Americans. Prior studies had also focused on large increases in white mortality in rural areas, suggesting by omission that this was not happening in cities. Our more comprehensive analysis provides a more complete picture of a public health crisis affecting the entire population.

IAPHS Blog:  What are the main takeaways for population health scientists? What did you find most surprising?

Woolf: We found that death rates among US adults ages 25-64 years are increasing, that this is happening not only among white Americans, and that the causes are far more extensive than previously published. We already knew that the opioid epidemic had fueled an alarming increase in fatal drug overdoses. We also knew that white mortality had increased not only from drug overdoses but also alcoholic liver disease and suicides. However, our comprehensive study design uncovered an even more devastating public health crisis than we had anticipated. We found increases in mortality for dozens of conditions, among whites and non-whites alike, with midlife mortality climbing not only for these recently publicized “deaths of despair,” but also for a wide variety of organ diseases, injuries, and mental and behavioral disorders.

We found increases in mortality for dozens of conditions, among whites and non-whites alike, with midlife mortality climbing not only for these recently publicized “deaths of despair,” but also for a wide variety of organ diseases, injuries, and mental and behavioral disorders.

IAPHS blog: How unusual is it for mortality rates in midlife to rise like this? Is it happening in other wealthy nations too?

Woolf: For much of the past century, industrialized countries have seen a decline in mortality and concomitant increase in life expectancy, thanks to advances in medicine, public health, and standards of living. But something changed in the 1980s, when US life expectancy began to lose pace with the improvements other industrialized countries were experiencing. By 1998, the US had the lowest life expectancy among the OECD countries. US life expectancy stopped increasing in 2012 and has been decreasing since 2014, while life expectancy continues to increase in other countries that spend far less on health care. A BMJ article that accompanied our study reported that life expectancy declined in many countries in 2014-2015, due largely to a severe influenza season. Unfortunately, the decline in US life expectancy has not been limited to a single year, and cannot be blamed on the flu. Rates are climbing for so many causes of death that we must look to more systemic reasons. We can all name characteristics that might put Americans at higher health risks than people in other countries, such as high obesity rates, access to guns, or the lack of universal health care. But none of these alone could explain a sweeping trend that affects organs in so many body systems, as well as external causes like substance abuse and suicides.

IAPHS Blog: You found that rates are rising across racial/ethnic groups – does this mean that racial ethnic disparities are declining, or rising?

For some years, mortality rates among African Americans had been falling, reducing the gap between the health of white and black Americans. The increase in mortality among middle-aged whites that began in the 1990s closed the gap even further, although for the wrong reasons. Our study shows that the decline in midlife mortality among blacks (as well as among Hispanics and Asians) has stalled and, ominously, is now increasing. If this trend continues, the disparities between racial groups may widen. Either way, mortality rates among black and Native Americans remain very high compared to those of white Americans. A relative increase in death rates among these groups therefore means an even greater increase in the odds of death than when the same relative increase occurs among white Americans.

Our study shows that the decline in midlife mortality among blacks (as well as among Hispanics and Asians) has stalled and, ominously, is now increasing.

IAPHS blog: How can policy makers respond to these findings? What kinds of things would we have to change to reverse this disturbing trend?

Woolf: Our biggest fear is that policymakers will ignore these data. We live in an era where facts are often ignored. We hope responsible policymakers and the public will recognize the scale of the crisis. We cannot overstate the gravity of the situation: our study shows that US adults are less likely to reach age 65 and, if this trend continues, our children are destined to live shorter lives. If Americans are sicker than their peers in other industrialized countries and US businesses have less healthy and less productive employees, the nation’s economy and national security are at risk. This should concern all of us, including policymakers.

We cannot overstate the gravity of the situation: our study shows that US adults are less likely to reach age 65 and, if this trend continues, our children are destined to live shorter lives.

How do we solve this? We can offer sound medical advice to individuals: stop smoking, eat a healthy diet, get regular exercise, don’t use opioids for pain, drink responsibly, and seek help for depression or suicidal feelings. These behaviors are essential to prevent disease and injuries, but the decline in US health probably has deeper roots that have less to do with individuals’ choices about their health habits or medical care than with our economy and social division. Income inequality in the US began increasing in the 1980s, precisely when the US health disadvantage began emerging. The income divide is now very large. The middle class has endured a long economic struggle; unemployment rates are down but sluggish wage growth has forced many families to work multiple jobs to make ends meet. Social division has increased and many communities are distressed.

Policymakers who are serious about addressing rising mortality rates must enact policies to bring relief to these families and encourage investment in distressed communities. Sadly, the focus of many policymakers is on easing the economic burden on corporations and on winning elections. While the rich get richer, the average American needs help with education, jobs that pay a livable wage, affordable housing and transportation, and access to health care. Some programs that bring help to families are being cut to finance tax cuts, defense spending, and other priorities fueled by political or ideological agendas. These choices, whatever their merits, are unlikely to reverse the decline in US health. Poverty claims lives, whether the victim is a Republican or a Democrat. The need to bring relief to struggling families is an American priority, not a partisan issue

The need to bring relief to struggling families is an American priority, not a partisan issue.

IAPHS Blog: There has been a lot of attention to drug overdose-related deaths in recent research findings, policy discussion and the news. How do your findings add to what we’ve been hearing?

Woolf: Our results affirm the severity of the drug crisis. Drug overdoses were the leading cause of rising midlife mortality rates in each of the racial and ethnic groups we examined. Policies to address the opioid epidemic therefore remain urgent. But we are missing the forest for the trees if we don’t step back to ask ourselves why death rates are rising across so many causes of death. The same politicians who announce new initiatives to address the opioid epidemic are often the proponents of economic policies that ignore the plight of the middle class and low-income Americans—or place new stresses on them. The strategy for combating the abuse of painkillers must not ignore why so many Americans are in pain. Our study found rising death rates from alcohol abuse, suicides, and other stress-related conditions. Solving the opioid epidemic must be part of a larger strategy for alleviating the stress that is driving Americans to their deaths. And the rise in midlife mortality rates from dozens of organ diseases leaves us no choice but to tackle the systemic causes of the decline in US health, or else we are destined to see it continue.

You can read the study in full here. 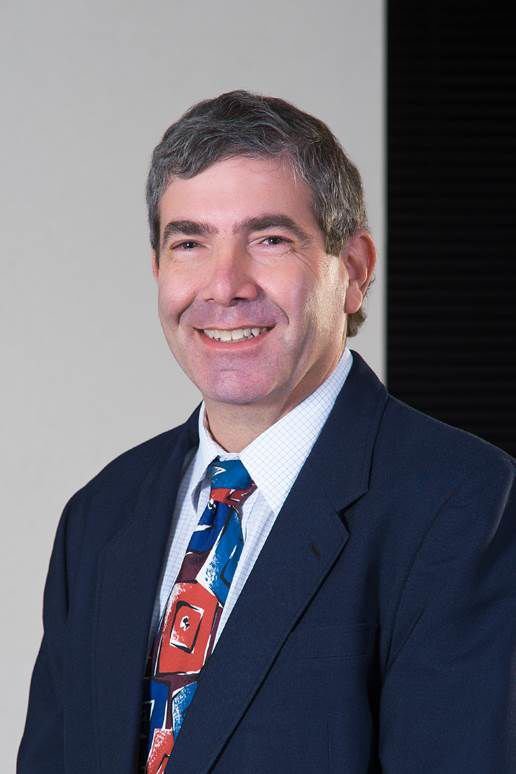 Steven Woolf Steven H. Woolf, MD, MPH is director emeritus of the Center on Society and Health at Virginia Commonwealth University. He is a professor of family medicine and population health and holds the C. Kenneth and Dianne Wright Distinguished Chair in Population Health and Health Equity.