The year 2019 has gotten off to a rocky start with the Trump administration’s proposals to reduce immigration to the United States. The longest government shutdown in U.S. history ended in late January over President Trump’s demand for border wall funding. In mid-February, he declared a national emergency to obtain that funding. Subsequently, he circumvented constitutionally granted congressional powers, culminating in his first veto to have $1 billion allocated for the border wall.

But most curious about this media spectacle is that social scientists have long shown the ineffectiveness of “building the wall” at the U.S.-Mexico border. The massive buildup and militarization of our southern border since the 1990s has only increased the settlement, size, and precarity of the undocumented population, incentivizing undocumented immigrants to stay rather than going home and risking crossing again. Further, the probability of Mexicans taking a  first undocumented trip to the U.S. already hovers near zero: more Mexicans leave the U.S. each year than enter it, and Central American arrivals—including those on the migrant “caravan”—are low by historical standards.

While it gets less attention, President Trump’s proposed rule change to “public charge” policy, announced in September 2018, will likely more effectively and punitively reshape U.S. immigration flows. How so? By tying public benefits usage (i.e. cash assistance, Medicaid for long-term care) more strongly to immigrants’ ability to obtain legal permanent residency (LPR) status, or “green cards.” The change, for which public comment ended in December 2018 and the Trump administration will publish a date for the implementation later this year, will create a “wealth test” for gaining LPR status, which is required for subsequent U.S. citizenship. Poorer immigrants will have fewer chances to join family members already here. Such requirements may also shift the national, racial, and class origins of new immigrants away from Mexicans, Central Americans, and the Chinese. The message to the world will be clear: only wealthy foreigners need apply for legal entry, even as demand for temporary low-skilled labor continues.

But the implications could be even more widespread. Concerns about the upcoming rule change have already produced “chilling effects” for legal immigrants and their U.S.-born children living in local communities. Whether out of confusion, misinformation, or fear, some immigrants are concerned that accessing public benefits for which they legally qualify—or having used the benefits in the past 36 months—will jeopardize their future ability to become U.S. citizens or sponsor relatives for legal entry from abroad.

In our research examining immigrants’ access to healthcare, we heard the disconcerting story of Mariana, who is Medicaid-eligible, as she has had a green card for six years. Afraid her coverage would be used against her when applying for citizenship, she completely disenrolled. Still, she needs a mammogram and is working extra hours to pay out-of-pocket. Her reaction is indicative of other low-income documented immigrants.

The rise in Immigration and Customs Enforcement (ICE) detentions and deportations has also produced other healthcare implications. Though ICE’s Memorandum of Understanding makes “sensitive locations” – schools, hospitals, and places of worship — off-limits for immigration officers, our interviews with immigrant/health organization employees in our city reveal ICE detentions occurring en route to those locations. ICE detained an immigrant walking his child to school, leaving the child alone on the street. ICE also detained the husband of an immigrant couple on their way to the wife’s prenatal appointment. There has also been an uptick in ICE activity at local courthouses, with people being detained when they arrive for legal hearings. Such detentions heighten fear, and immigrants remain at home, foregoing vital care, work, and school commitments.

Much research shows that foregoing needed medical and other support services negatively affects immigrants and their families. Health outcomes include high blood pressure, increased anxiety and depression, decreased infant birthweight, and missed childhood vaccinations and vital screenings (i.e. HIV, cancer, diabetes). But, the “costs” of such outcomes are not limited to immigrants and their families. The consequences creep outward to affect safety-net providers, nonprofits, religious groups, and other community actors who step in to fill the gap. They also affect our larger communities, given the public health implications of missed vaccinations and screenings for communicable diseases.

Though not as charged as “the wall” debate, Trump’s immigration proposals are already boding negatively for our nation’s future. Class and racial inequality in immigration flows will likely rise. So too will poor financial and health outcomes among immigrants and their U.S.-citizen children and our local communities. 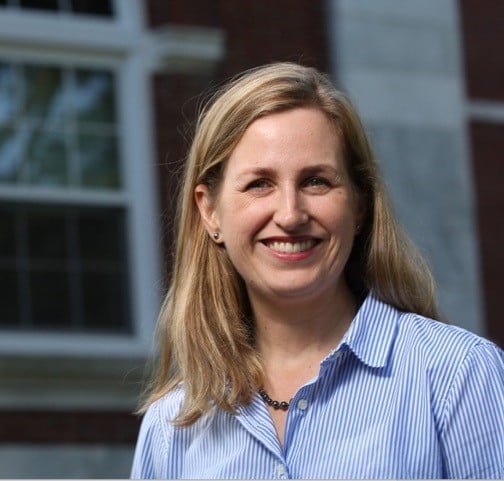 Helen Marrow Helen B. Marrow, Ph.D. is Associate Professor of Sociology at Tufts University. She is author of New Destination Dreaming: Immigration, Race, and Legal Status in the Rural American South (Stanford University Press, 2011), co-editor, with Mary C. Waters and Reed Ueda, of The New Americans: A Guide to Immigration since 1965 (Harvard University Press, 2007), and co-editor, with Tiffany D. Joseph, of the special journal issue entitled "Health care, immigrants, and minorities: lessons from the affordable care act in the U.S.” (Journal of Ethnic and Migration Studies, 2017).