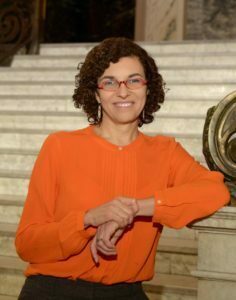 Dr. Diez Roux is internationally known for her research on the social determinants of population health and the study of how neighborhoods affect health. Her work on neighborhood health effects has been highly influential in the policy debate on population health and its determinants. Her research areas include social epidemiology and health disparities, environmental health effects, urban health, psychosocial factors in health, cardiovascular disease epidemiology, and the use of multilevel methods.  Recent areas of work include social environment-gene interactions and the use of complex systems approaches in population health.  She has led large NIH and foundation funded research and training programs in the United States and in collaboration with various institutions in Latin America. She currently serves as Principal Investigator of the SALURBAL (Urban Health in Latin America) project, an international research network on urbanization and health funded by the Wellcome Trust.

Dr. Diez Roux has served on numerous editorial boards, review panels and advisory committees including most recently the Clean Air Scientific Advisory Committee (CASAC) of the Environmental Protection Agency (as Chair), the Committee on Health and Wellbeing in the Changing Urban Environment of the International Council for Science (ICSU), and the Community Preventive Services Task Force of the CDC. She was awarded the Wade Hampton Frost Award for her contributions to public health by the American Public Health Association and the Ancel Keys Lecture Award by the American Heart Association. She is an elected member of the American Epidemiological Society, the Academy of Behavioral Medicine Research, and the National Academy of Medicine. Throughout her career she has been an active mentor for graduate students, porstdoctoral fellows and junior faculty.

Dr. Diez Roux received an MD from the University of Buenos Aires, a master’s degree in public health and doctorate in health policy and management from the Johns Hopkins School of Hygiene and Public Health.