Racism in the Time of COVID-19

In December 2019, the first cases of “a pneumonia of unknown cause” were reported in Wuhan, China, a port city of 11 million people in the central Hubei province. As COVID-19 — an infectious disease caused by the novel coronavirus SARS-Cov-2 — spread and reached the status of a pandemic by March 11, 2020, so did racist and xenophobic rhetoric around its origins, and instances of racial stigmatization and violence against people of Asian descent. The bigoted rhetoric of U.S. President Trump who, in official statements to the national press dubbed COVID-19 the “Chinese Virus,” further fueled these sentiments and acts of violence.

This kind of overt racism and racialization of disease is not new in the U.S.; it is just the newest iteration of the ways Black, Latinx, Asian, and various immigrant groups have been viewed as “vectors of disease.” In 1899, for instance, renowned sociologist W.E.B. Du Bois  highlighted the racialization of tuberculosis in his pathbreaking work The Philadelphia Negro:

“Particularly with regard to consumption, it must be remembered that Negroes are not the first people who have been claimed as its peculiar victims; the Irish were once thought to be doomed by that disease — but that was when Irishmen were unpopular.”

Other recent examples include syphilis in the U.S. south in the early 1900s, the domestic and global AIDS epidemic, and the cholera outbreaks in Venezuela in 1992 and in Haiti in 2011. Each was seen, to some extent, as rooted in cultural or other characteristics of racial/ethnic minority populations, a perception fanned by media reports and research approaches.

. . .while COVID-19 is indiscriminate in its transmission, its propagation within a society steeped in structural racism will undoubtedly, as we are already beginning to see, lead to disproportionate impacts among marginalized racial groups in this country.

But racialization of the COVID-19 pandemic was just the beginning. As this public health crisis unfolds in the U.S., it is making even more visible the interlocking systems of racism and marginalization that have their origins in the genocide of Native American peoples and enslavement of African peoples, which together constitute the foundation upon which the nation was built. Thus, while COVID-19 is indiscriminate in its transmission, its propagation within a society steeped in structural racism will undoubtedly, as we are already beginning to see, lead to disproportionate impacts among marginalized racial groups in this country.

By any measure, the federal government has been reckless, failing to provide a coordinated response to the forewarned pandemic, including allowing severe inadequacies in testing and surveillance. Some experts believe that identified cases represent the tip of the iceberg —  revealing only around 12% of the actual number of people infected with the virus. Not only that, undercounting is likely to be even more pronounced among marginalized racial groups with less access to healthcare.  Moreover, piecemeal testing practices that favor asymptomatic basketball players, movie stars, and members of Congress over individuals presenting with clinical symptoms will lead to “silent epidemics” among communities of color.  Finally, even though some (but not all) case data are disaggregated by geography, age group, and sex, most surveillance systems (with the exception of a few), are not reporting race/ethnicity, socioeconomic, or other sociodemographic information, which prevents the documentation of racial inequalities.  Taken together, the failure to test and quickly isolate people with COVID-19 and lack of universal socio-demographic surveillance data means that COVID-19 outbreaks can grow unchecked in marginalized communities of color.

No pandemic affects each subpopulation in exactly the same way. Therefore, comprehensive prevention and intervention strategies should not rely upon a one-size-fits-all approach. While the basic public health recommendation of frequent hand-washing is low-cost and relatively accessible, Black, indigenous, and people of color are over-represented in racially and economically segregated communities with substandard housing conditions and unsafe drinking water that make hand hygiene more difficult. Additionally, without any universal protections against municipal water access being shut off for non-payment (or any other reasons), some may not even have access to running water. Moreover, if an individual contracts the virus, crowded housing conditions make self-isolation and quarantine virtually impossible, which leads to further transmission within families and communities. Finally, though social distancing is a scientifically-proven strategy to “flatten the curve”, it is nevertheless a privilege, and  a strategy to which low-wage, “essential” workers, who are disproportionately people of color, have been unable to adhere to either because of being mandated to work (e.g., grocery store cashiers) or because of fear of lost wages or permanent unemployment. 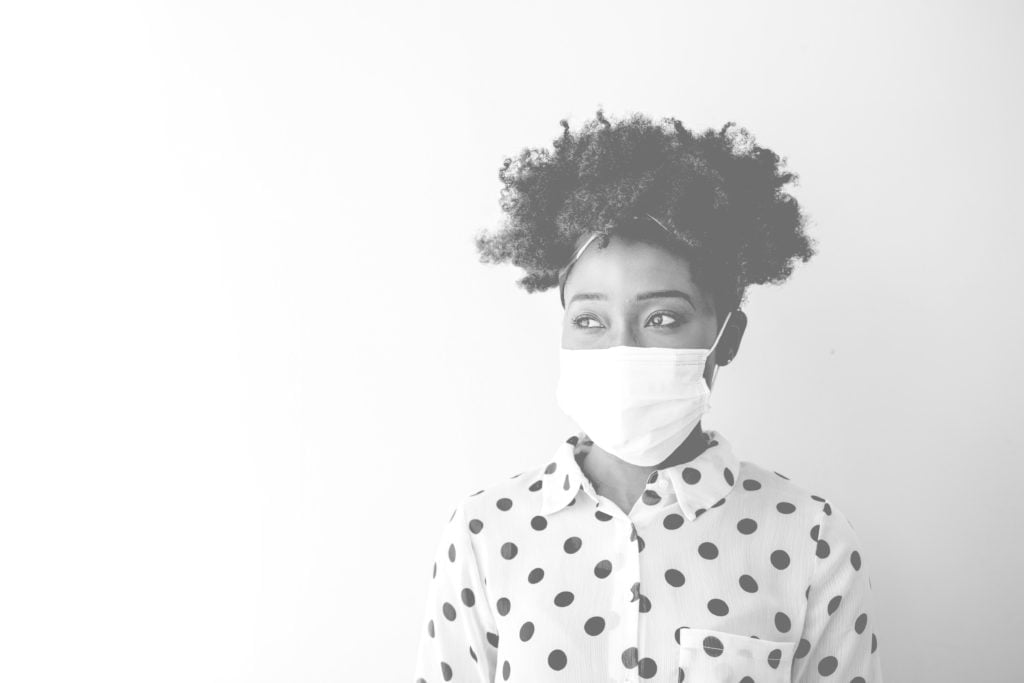 Other Intersections with Structural Racism

A Critical Race Response to the Pandemic

As the COVID-19 pandemic continues to unfold, our collective analysis of and response to this global crisis must go beyond mainstream biomedical, behavioral, and psychosocial explanations of disproportionate impact and be grounded in an explicit structural racism lens. Applying frameworks such as Critical Race Theory and Intersectionality will be necessary in order to examine the ways existing power structures and underlying racial inequities will produce both short- and long-term consequences. We must ensure that data collection on COVID-19 is linked to more complete information on race/ethnicity, immigrant status, and indigenous status, and that it captures the social determinants of health and explicit indicators of structural racism (e.g. racial residential segregation). Furthermore, quantitative research must be coupled with qualitative data that captures the narratives of individuals most directly impacted by the pandemic.

We must ensure that data collection on COVID-19 is linked to more complete information on race/ethnicity, immigrant status, and indigenous status, and that it captures the social determinants of health and explicit indicators of structural racism (e.g. racial residential segregation).

Finally, as a field with a mandate to ensure the public’s health, efforts to mitigate the effects of this pandemic must work in tandem with our ongoing commitment to dismantling the structural and institutional drivers of health inequity that existed before this crisis.  We have an ethical and moral responsibility to harness our collective strength, speak truth to power, and demand that racial equity and social justice be central to our response to this pandemic and beyond. The stakes are too high to sit on the sidelines. This is a matter of life and death and we must all act accordingly. 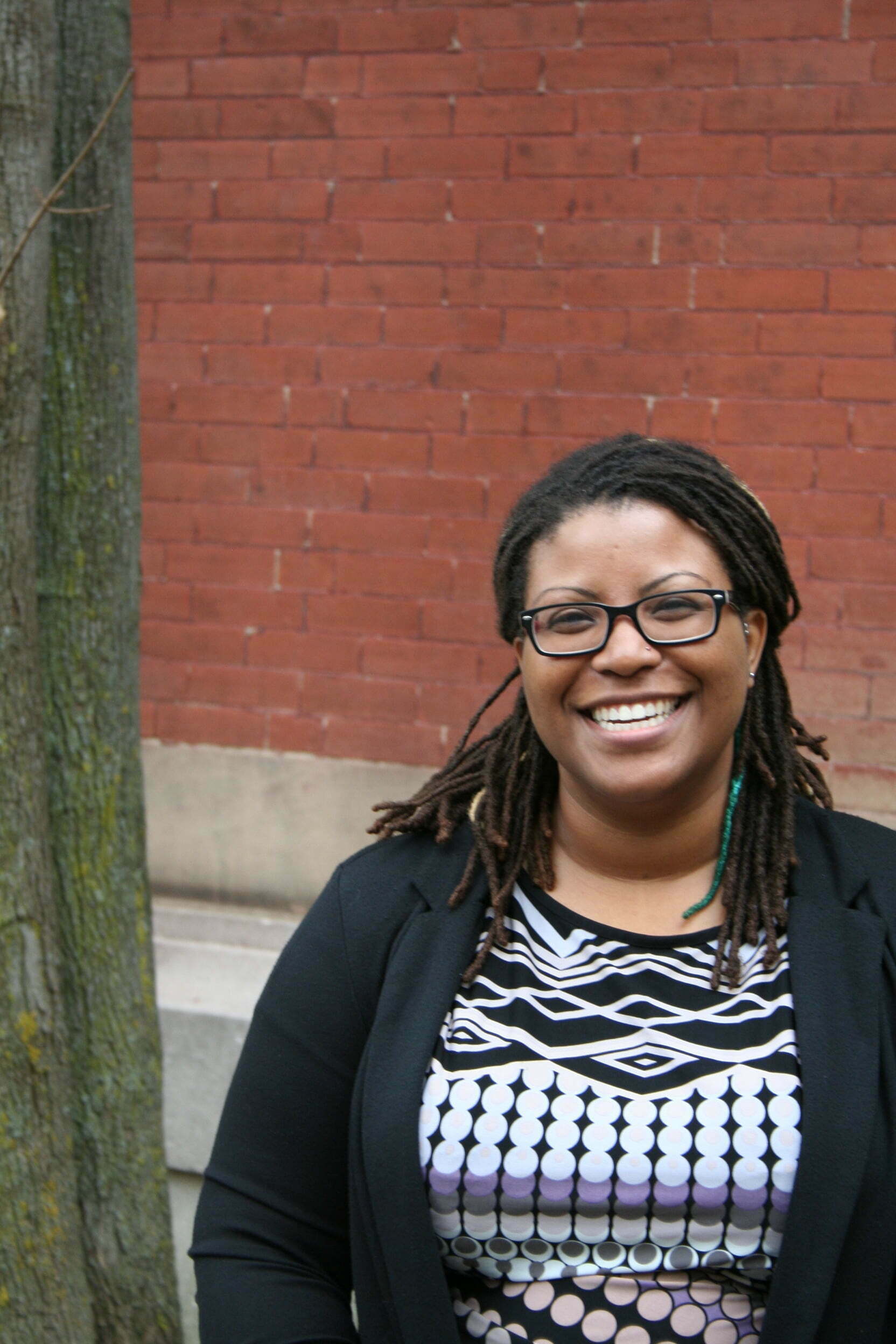 Zinzi Bailey Zinzi Bailey is a social epidemiologist focused on cancer health disparities, as well as the health impacts of and policy solutions for structural and institutional racism, especially at the intersection of public health and criminal justice. She is also interested in the use of data in equitable policy and management. She is currently an Assistant Scientist at the University of Miami Miller School of Medicine’s Jay Weiss Institute for Health Equity at the Sylvester Comprehensive Cancer Center. Zinzi was the Director of Research and Evaluation at the Center for Health Equity in the New York City Department of Health and Mental Hygiene from 2015–2017. She was a postdoctoral fellow at McGill’s Institute for Health and Social Policy from 2014-2015, and a Research Fellow at the Harvard Kennedy School’s Program in Criminal Justice Policy and Management 2011-2014. She received her Doctor of Science degree in Social and Behavioral Sciences from Harvard T. H. Chan School of Public Health, and her Master of Science in Public Health degree with a concentration in Global Epidemiology from Emory University. Zinzi serves as a Senior Advisor to Robert Wood Johnson's Interdisciplinary Research Leaders and a Mentor for Robert Wood Johnson's Health Policy Research Scholars. 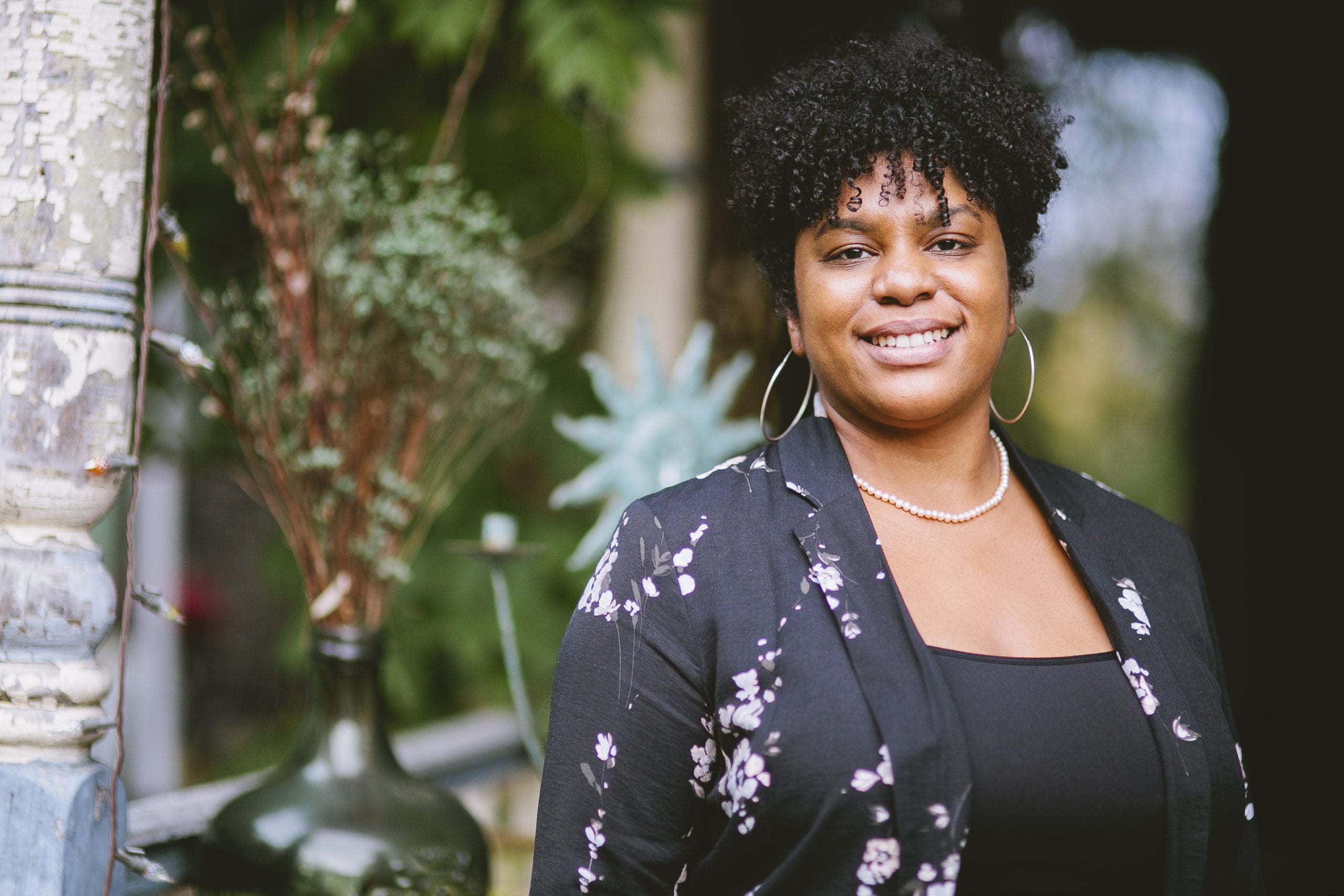 Sharrelle Barber Sharrelle Barber, ScD, MPH is an Assistant Research Professor in the Department of Epidemiology and Biostatistics and the Urban Health Collaborative at the Drexel University Dornsife School of Public Health. She is also a faculty affiliate of the Center for the Study of Racism, Social Justice, and Health at the UCLA Fielding School of Public Health. Her research focuses on the intersection of “place, race, and health” and examines the role of structural racism in shaping racial health inequities among Blacks in the Southern United States and Brazil. Dr. Barber’s research has been supported by the Robert Wood Johnson Foundation, the American Heart Association, and the National Institutes for Health, and she currently serves as co-chair of the Social Determinants of Health Working Group for the Jackson Heart Study. Dr. Barber received a Doctor of Science degree in Social Epidemiology from the Harvard T.H. Chan School of Public Health, a Master of Public Health from the UNC-Chapel Hill Gillings School of Global Public Health, and a Bachelor of Science in Biology from Bennett College. As a scholar-activist, Dr. Barber is committed to using her scholarship to make the invisible, visible; mobilize data for action; and ensure that our dialogue around racism and health inequities is global. 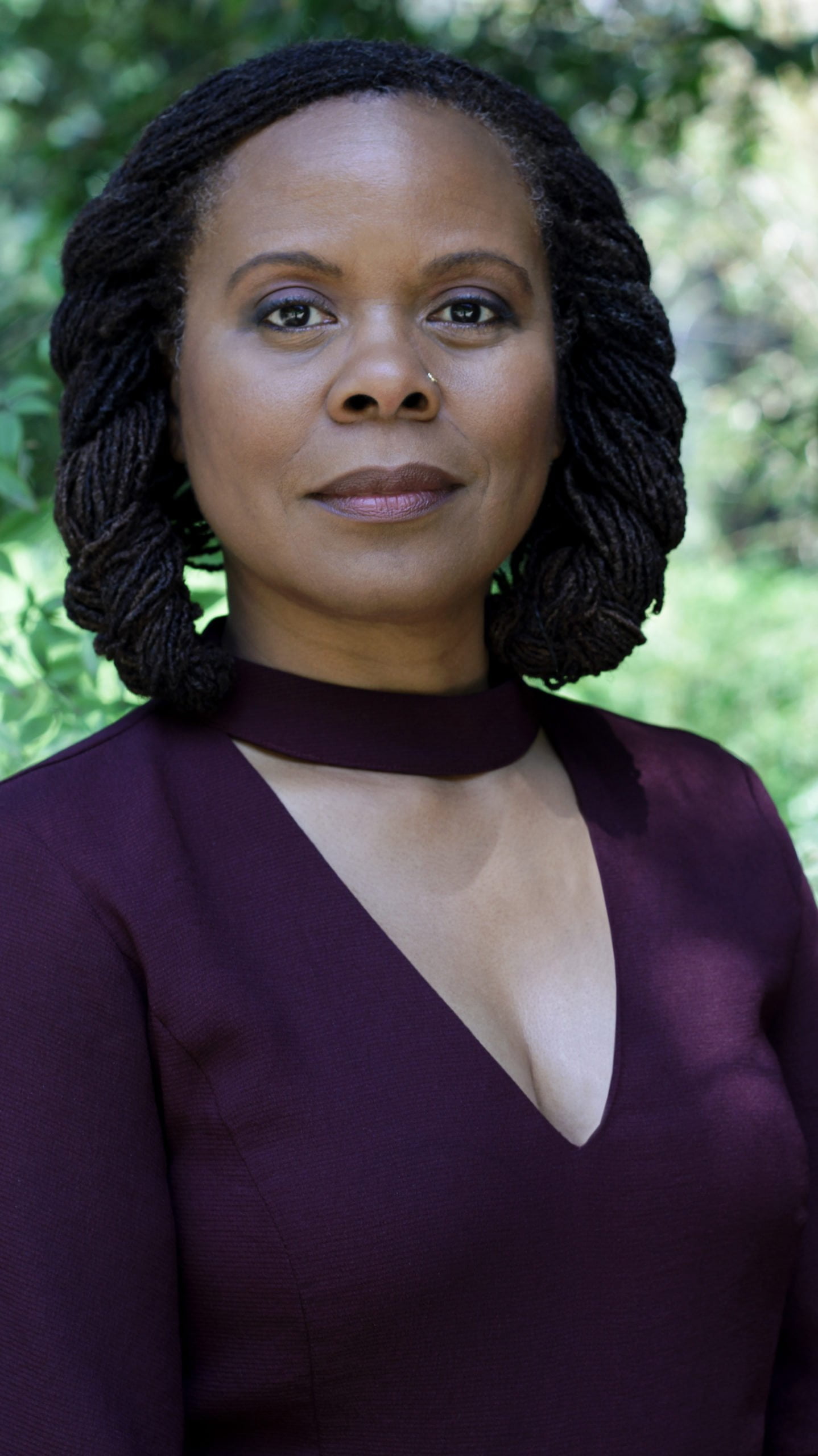 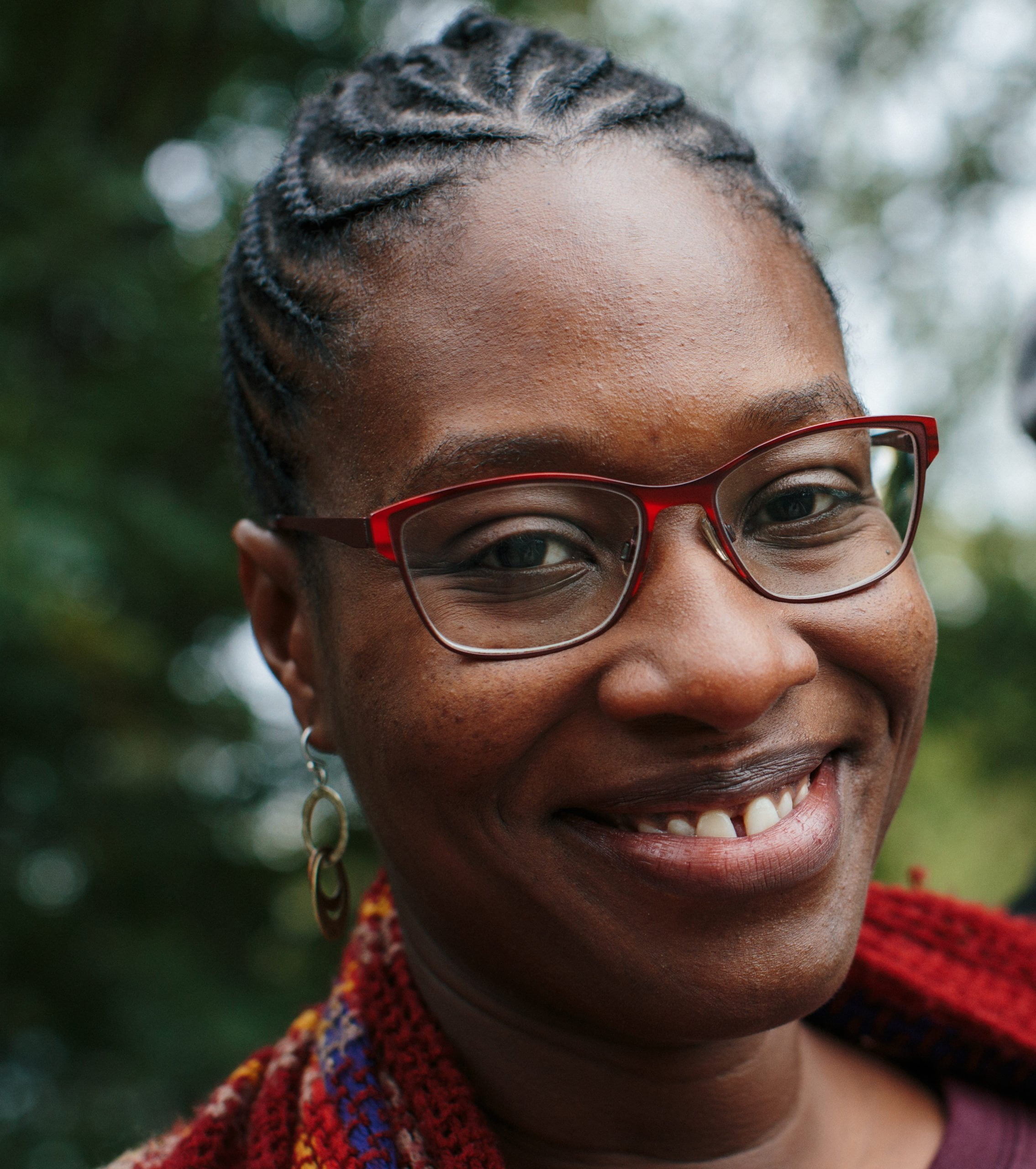 Whitney Robinson Whitney R. Robinson is an epidemiologist who specializes in quantitative methodology for studying health inequalities. Dr. Robinson is an associate professor of epidemiology at the UNC Gillings School of Global Public Health, a fellow at the Carolina Population Center, and a member of the Social Epidemiology Program Area and the UNC Lineberger Comprehensive Cancer Center. 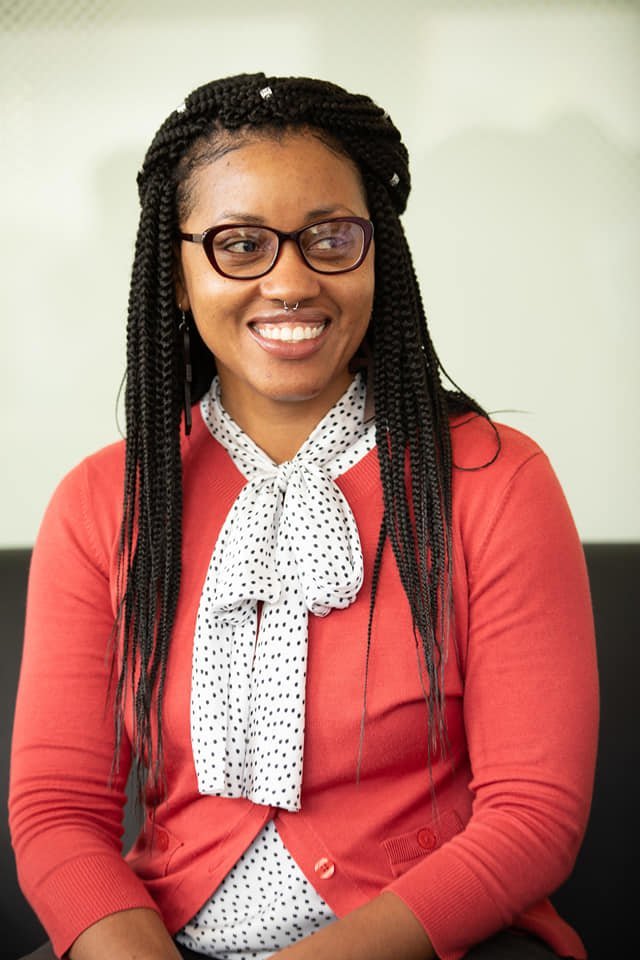 Shawnita Sealy-Jefferson Dr. Sealy-Jefferson is the Principal Investigator and leader of the Social Epidemiology to Eliminate Disparities (SEED) Lab. The mission of the SEED Lab is to conduct high quality epidemiologic research, informed by the Reproductive Justice Framework, to find solutions to the disproportionate burden of infant mortality among African American women. Dr. Sealy-Jefferson is a social epidemiologist whose primary research seeks solutions to the long-standing racial disparity in infant mortality, in which African American women are twice as likely as White women suffer an infant death. The goal of her scholarship is to inform future intervention studies, policy change, and social activism. Dr. Sealy-Jefferson also has expertise in women’s health, urban health, and chronic disease epidemiology. 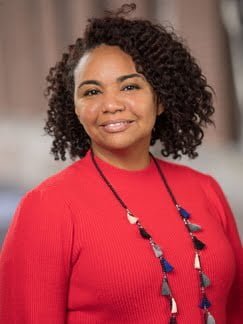 Jaime Slaughter-Acey Jaime C. Slaughter-Acey is a maternal and child health epidemiologist whose work focuses on socio-environmental and psychosocial determinants of women’s and family health across the lifecourse, with emphasis on health equity. Dr. Slaughter-Acey is an assistant professor of epidemiology at the University of Minnesota School of Public Health, and a member of the Health Equity Work Group, the Minnesota Population Center, and the Center for Leadership Education in Maternal & Child Public Health. Her current research focuses on the social meaning of race and skin color and how they intersect with other aspects of social identity (e.g., gender, social class, neighborhood) to create inequalities in health and healthcare.